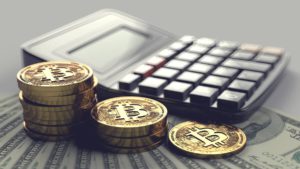 Today, you can invest not only in shares of big companies but also in promising projects in the technological industry. There are many exchanges where you can buy digital tokens, widely-known as cryptocurrencies. Although this market is highly volatile and lacks regulation, it attracts investors from all over the world. More and more people are involved in operations with cryptocurrencies because they understand their benefits in terms of payment methods and in terms of investments.

There are thousands of cryptocurrencies in which you can invest in 2022. However, not all projects are safe and sustainable. There are coins that might bring millions of dollars in investment returns, while there are also tokens that can completely fail the expectations of investors and market analysts.

If you’re interested in investing in cryptocurrencies, you’re at the right place right now. In this review, we decided to display the 10 best cryptocurrencies to invest in 2022. Bear in mind that this isn’t an investment recommendation. This article is just to make you familiar with the most reliable and promising projects in the crypto industry in terms of investing. The final decision is always up to you.

Before we get down to the best investment opportunities, we need to understand what cryptocurrencies are. These are digital assets that run within decentralized ecosystems called blockchains. Currently, the value of the crypto market is estimated at over $950 billion, which isn’t even a historical record. The market has great prospects to grow.

Most users are aware of cryptocurrencies because of the brand of Bitcoin. Indeed, this is the biggest cryptocurrency but it isn’t the only coin you can invest in. More than 20,000 other coins are called altcoins. Today, we will review them as well and will also try to figure out which altcoin is the best Cardano or Ethereum, or any other project.

Read Also  Developing Cryptocurrency as the Future of Finance

Bitcoin is the original project that has been running since 2009. As of the date of writing, according to coinmarket.com, BTC is the cryptocurrency with the biggest market capitalization – over $370 billion. BTC is one of the cryptocurrencies that can be mined because it supports the proof-of-work consensus mechanism. Bitcoin is considered the safest blockchain because the transactions across the ecosystem are validated by the network of thousands of computers.

Ethereum has gained huge popularity among developers because of its state-of-the-art innovations. This project introduced the technology of smart contracts, based on which developers can build decentralized applications.

The model applied by Ethereum is more popular than the one introduced by Bitcoin. That’s why there’s nothing strange that the ETH market cap exceeds $160 billion. As of the date of writing, you can buy ETH for $1,300, while in the spring of 2016 it was valued at around $10.

If you look for a stable investment in the crypto market, you should consider investing in Tether (USDT). This coin isn’t as volatile as others because its price is backed by the US dollar.

Binance is one of the most popular digital exchanges where users can invest in cryptocurrencies. In 2017, the foundation released its own digital token that can be used as a payment method and as a tradable product in the crypto market. Over the course of time, BNB has managed to become the 5th biggest cryptocurrency traded. Its market capitalization exceeds $43 billion. October 2022 might be a good time to invest in BNB since it seems to be a sustainable project but after the spring crash, it’s valued at $270, instead of $410.

XRP was created as a digital solution for processing transactions in different payment methods. Using this platform, you can exchange not only digital money but fiat currencies as well. When XRP was launched, its price was around $0.006, while today you can buy it for $0.4682 per coin.

Polygon was designed as a layer-tow solution that was supposed to make Ethereum a multichain system. Today, its native token, traded under the MATIC ticker symbols, is considered quite a promising investment opportunity. MATIC holds the 11th position on the list of the biggest cryptocurrencies and has a market cap of over $7.4 billion.

The Cardano blockchain is often considered the best alternative to Ethereum. Similar to the 2nd biggest blockchain, Cardano applies the proof-of-stake model that allows its users to make passive income by staking their crypto coins. This method is highly appreciated because of its energy efficiency. Similar to Ethereum, Cardano enables the use of smart contracts and dApps. What makes Cardano better than its predecessor is a higher speed of transaction execution and a bigger number of innovative applications.

Solana is the ninth-biggest crypto project with a market capitalization of almost $11 billion as of the date of writing. Solana is a unique blockchain because it combines the features of both proof-of-stake and proof-of-history consensus mechanisms. Unique projects always attract investors and the SOL coin, valued at $30 today, isn’t an exception. Besides, we consider that SOL is devalued right now. The technical analysis predicts that in 2023, the maximum price of SOL might exceed $55.

This is a meme coin that eventually managed to become the 10th biggest cryptocurrency. DOGE is an extremely volatile investment because its price is often heavily impacted by the hype on social media. However, you should consider that DOGE has a very loyal community, which is one of the factors it has grown from $0.0002 to $0.0589 since 2017.