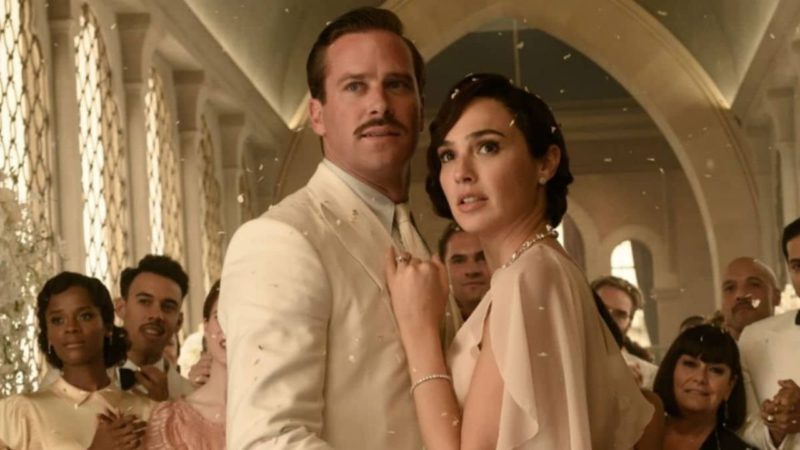 On April 20, Death on the Nile arrived at Star Plus, our recommendation for this weekend of movies, popcorn and an armchair.

Directed by Kenneth Branagh and starring an all-star cast, the film is based on the novel of the same name by iconic writer Agatha Christie and follows detective Hercule Poirot (Branagh) as he solves an intricate murder case aboard the SS Karnak. a luxury cruise ship that sails the exotic waters of the Nile. A group of charismatic characters of different ages, origins and social classes move on the ship, summoned to celebrate a wedding and linked in different ways to the crime in question.

With all the seasonings of an Agatha Christie story, we share 15 curious facts that will make you want to run to see it.

1. This is a second adaptation, 44 years later. The new film by Kenneth Branagh is the second film production of the novel Death on the Nile. The first version is from 1978 and was shot in Egypt, with the debut of actor Peter Ustinov as Hercule Poirot. The star cast of that adaptation also includes actresses Bette Davis and Mia Farrow.

The new version stars Gal Gadot and Armie Hammer, among others.

2. There is a shared malaise between Poirot and its author. About boats and murders on the high seas: the writer Agatha Christie suffered from seasickness when she traveled by boat… just like Poirot.

3. Two close relatives of Agatha Christie, her grandson Mathew Prichard and her great-grandson James Prichard, participated in the making of Death on the Nile. Both are members of the estate of the famous author and responsible for protecting her legacy.

4. Poirot traits were rigorously worked on. Poirot’s mustache was so important that Agatha Christie was asked to approve her appearance in the 1965 mystery comedy The Alphabet Murders, starring actor Tony Randall as the detective.

5. Death on the Nile hit radio in 1997, with a BBC Radio adaptation that established legendary actor John Moffatt as the voice of Poirot.

6. The story not only has two film adaptations and one for radio. A video game inspired by the novel was released in 2007, within the hidden object game genre.

7. Christie cast the actors for her productions. After seeing actress Joan Hickson in a stage version of Death on the Nile in 1946, Christie wrote her a letter hoping that she would one day play the celebrated character of Miss Marple. Thirty-eight years later, and for six years, the actress played the lovable old lady from St. Mary Mead in the BBC’s adaptations of Christie’s works.

8. Death on the Nile was written after Agatha Christie returned from a winter in Egypt.

9. Agatha Christie expressed her opinion about the story. In the novel’s prologue, the writer described the story as “one of her best” travel books of hers.

10. Detective Hercule Poirot was the first – and so far only – fictional character to have an obituary on the front page of The New York Times. The article was published in 1975, on the occasion of the release of the novel Curtain: Poirot’s Last Case, in which the famous detective dies.

12. Christie inquired as a screenwriter. In addition, she entered the world of cinema in 1962, writing a single screenplay based on the Charles Dickens novel Bleak House. The adaptation never made it to the screen.

13. Agatha Christie’s screen debut. Her first story to be adapted for the big screen was a short story from The Mysterious Mr. Quin collection, made into the 1928 film The Passing of Mr. Quinn.

14. As for his novels, the first to reach the cinema was The Secret Adversary, adapted in 1929 by a German production under the title of Die Abenteuer GMBH

15. Christie considered retiring at age 75, but her books were selling so well that she decided to keep writing for at least another five years, ending up doing so for about a year before she passed away at age 86.