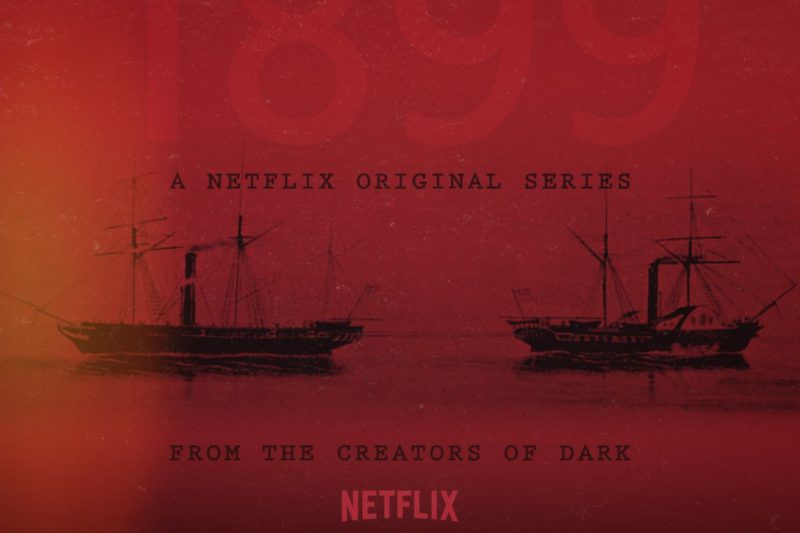 Miguel Bernardeau (‘Elite’) is one of the protagonists of the fiction of Jantje Friese and Baran bo Odar, who has released his first trailer.

If you were, or are, one of the millions of Dark fans, you will like to know that Netflix has once again partnered with its creators to premiere its new series, 1899, whose first teaser you can see on these lines. Jantje Friese and Baran bo Odar promise to catch us again with this ambitious production that combines drama, mystery, and history. Three ingredients that combined with the innovative technology they will use for their filming and a cast of the most international, predict a success, almost, surely.

‘1899’ is a truly European series, with characters from different countries speaking in their native language. We feel very fortunate to have found such a wonderful cast, who come from all over the world to embark on this exciting journey with us.

Friese, screenwriter, producer, and showrunner, defines with these words the new series from his production company Dark Ways, whose production began this week in Berlin. One of the novelties that most excites Friese and Odar is the fact of filming fiction on the Babelsberg Studios virtual film set, the largest in Europe, expressly designed for 1899. And what is special about this LED technology study? In this scenario, directors will be able to use virtual sets and locations created with the same technology used in the video game industry. Thanks to this, numerous shots can be captured with visual effects that will allow the incorporation of new forms of narration that will help the viewer feel within the story.

Collaborating with Netflix has enabled us to bring our vision of 1899 to life. Thanks to your early support and commitment, we were able to build the Volume, making 1899 a pioneering title. This new infrastructure is completely innovative and cutting-edge for the production landscape and could bring enormous creative benefit to content creators and filmmakers around the world [Baran bo Odar]
Unlike Dark, for this new project, Friese and Odar have seen fit to have a more international cast. The purpose of this decision is to turn 1899 into a multilingual series, where each of the characters will speak their mother tongue. A detail that will provide greater credibility to the plot.

The new fiction of the creators of the acclaimed Dark takes us to a bygone era and presents us with a group of people, of different nationalities, who embark on a journey to the new continent. A journey was full of illusions, which is cut short when a boat with immigrants on board crosses its path, which has been stranded in the middle of the ocean. It will be then, as described in the official synopsis offered by Netflix when they discover something on board.

How Many  Episodes Deos it Have and When is ‘1899’ RELEASED?

The new work Odar and Friese for Netflix, and the first of the newly created Dark Ways, will be divided into eight episodes of one hour. Eight hours of footage that, if they follow Dark’s line, promises to make us think and keep us immobile in the seat from minute one.

As for the release date of 1899, the platform has yet to comment. But if we take into account that production has just started, it is most likely that it will be ready for launch in late 2021, or early 2022.

Until then, you can watch Dark again, or start it if you haven’t had the opportunity yet, and find out if you missed any important plot details, which sometimes had to be followed with paper and pencil.

Indiana Jones 5: Mads Mikkelson Is All In Praising The New Installment