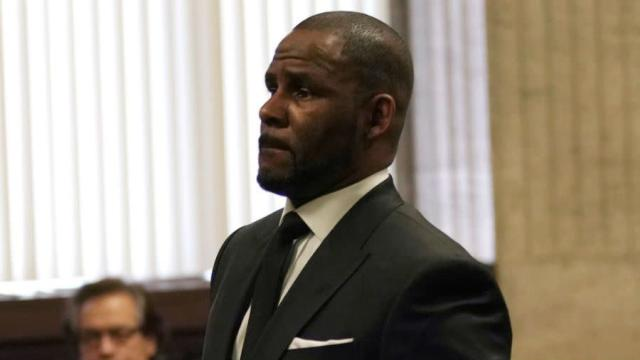 It is one of the longest prison sentences that a world-famous musician has ever been sentenced to: R. Kelly (55) is to be sentenced to 30 years in prison after being found guilty of, among other things, the sexual exploitation of minors and kidnapping. But the singer is far from the only criminal known to the whole world.

Former US television star and comedian Bill Cosby (84) was sentenced to a minimum of three and a maximum of ten years in prison in 2018. He had been found guilty of sexual assault. A total of more than 60 women accused Cosby of sexual abuse, but most of the cases were statute-barred. In June 2021, Cosby was fired. The Pennsylvania Supreme Court overturned the verdict on formal grounds. Cosby served approximately two years in prison for his misdemeanors.

The story of OJ Simpson (74) caused a worldwide sensation in the 1990s. The former football player and actor was suspected of murdering his ex-wife and an acquaintance. However, he was acquitted at the trial in 1995. In 2008, he was sentenced to a maximum of 33 years in prison for armed robbery and kidnapping. He served about nine years of it.

The case of Paralympic star Oscar Pistorius (35) also made headlines around the world. He shot his girlfriend Reeva Steenkamp four times through a door in 2013. The conviction went through several instances. Pistorius claimed he mistook the person on the other side of a bathroom door for a burglar. In 2017, an appeals court sentenced Pistorius to 13 years and five months in prison. He has already served half of it.

After numerous child abuse scandals, there is nothing left of the shine of the former glam rock singer Gary Glitter (78). The musician was convicted of indecently touching minors in Vietnam around 2006, later deported to Great Britain, arrested in connection with the child abuse scandal surrounding BBC presenter Jimmy Savile (1926-2011) and finally charged with various sexual offenses against minors. In 2015, a court finally sentenced him to 16 years in prison.

The case of Harvey Weinstein (70) went around the world in 2017, not least because of the hashtag #MeToo. More than 80 women had accused him of sexual assault. In February 2020, the former film mogul was sentenced in New York to 23 years in prison for rape and sexual assault. A New York appeals court upheld the conviction, but Weinstein failed with an appeal. Another trial is waiting for him in California – here he faces a prison sentence of up to 140 years. Weinstein denies the allegations.

Ex-boxing world champion Mike Tyson (56) had several prison stays. In 1992, Tyson was sentenced to six years in prison after being found guilty of rape. He served a good three years. In 1999 he was sentenced to a year in prison for assault, from which he served just under four months.

Danny Trejo (78) was convicted several times before he showed himself purified and later started as an actor. He spent a total of about eleven years behind bars for various robbery and drug offenses. After overcoming his drug addiction, he came to Hollywood by accident. He has appeared in countless productions since the 1980s, including the series Breaking Bad. Due to his striking appearance, he is often a villain.