5 outstanding premieres to watch this weekend on Netflix 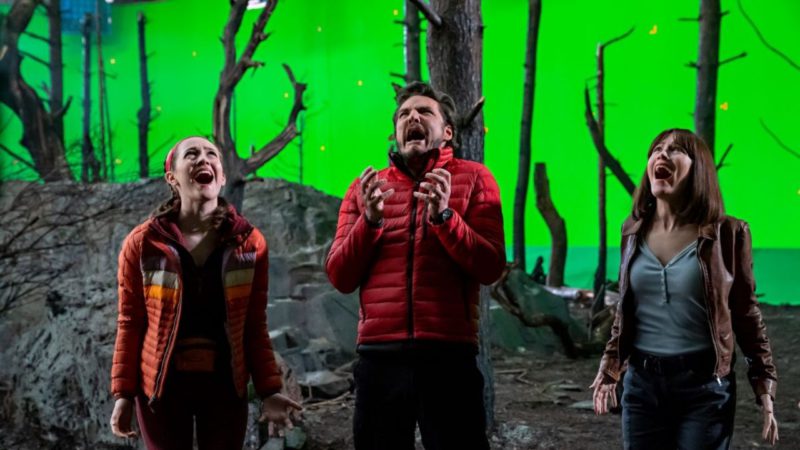 Here we review the outstanding premieres of Netflix that you cannot miss this weekend:

Fun comedy directed by Judd Apatow that arrived this Friday on Netflix. “A group of actors and actresses trapped in a hotel due to a pandemic try to finish shooting a movie,” says the film’s synopsis.

The film was directed by Judd Apatow and stars Karen Gillan, Pedro Pascal, Leslie Mann, Maria Bakalova, David Duchovny, Keegan-Michael Key and Peter Serafinowicz. It has a duration of 126 minutes.

Argentine film from 2022 that arrived this week on Netflix. “A famous meteorologist who fails to prevent a destructive hail storm is forced to flee to his hometown, where he embarks on a journey of rediscovery,” reads the film’s synopsis.

Read Also  Gal Gadot's birthday: her story, movies and where to see them

The film was directed by Marcos Carnevale and stars Guillermo Francella, Peto Menahem, Romina Fernandes, Martín Seefeld, Laura Fernández, Eugenia Guerty, Viviana Saccone, among others. It has a duration of 119 minutes.

2022 animated film that arrived this Friday on Netflix. “A space-age adventure set against the backdrop of the 1969 Apollo lunar mission and inspired by director Richard Linklater’s childhood,” reads the film’s synopsis.

The film was directed by Richard Linklater and features the voices of Zachary Levi, Jack Black, Glen Powell, Josh Wiggins, Samuel Davis, Lee Eddy, Bill Wise, Mona Lee Fultz, Nick Stevenson, among others. It has a duration of 90 minutes.

Norwegian film from 2022 that arrived this Friday on Netflix. “Amalie’s dance team advances to the world finals in France. Torn between Mikael’s love, longing for her absent mother, and her passion for dance, Amalie must choose. Who will she become?” film synopsis.

The film was directed by Ingvild Søderlind and stars Lisa Teige, Fabian Svegaard Tapia, Bao Andre Nguyen, Christine Grace Szarko, Georgia May Anta, Salah Benlemqawanssa, Morad Aziman, among others. It has a duration of 88 minutes.

British series whose first season is now available on Netflix. “After embarking on a life-changing excursion, a group of smart students fight to save humanity from an army of relentless drones,” reads the synopsis for the series.

Stranger Things Season 4: Why Eleven Shows Up Again With a Shaved Head