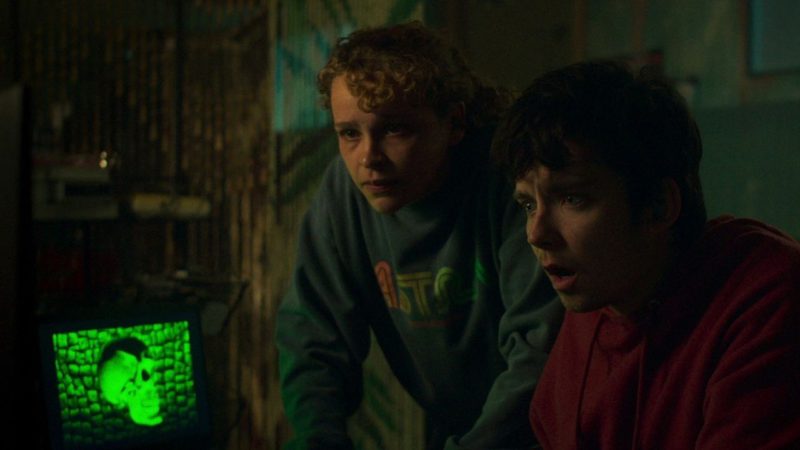 Like every weekend, Netflix updates its catalog and adds new series and movies of all genres and from different parts of the world so that its subscribers never run out of anything to watch.

Here we review 5 Netflix premieres that you cannot miss this weekend:

anatomy of a scandal

British miniseries whose first season is now available on Netflix. “A sexual consent scandal breaks out between Britain’s privileged elite and the women caught in its wake,” reads the synopsis for the series.

The heirs of the earth

Spanish series whose first season is now available on Netflix. “Fans of Arnau y Mar can see how their legacy lives on in this sequel to ‘The Cathedral of the Sea’ based on the novel by Ildefonso Falcones,” reads the synopsis for the series.

The series stars Yon González, Elena Rivera, Rodolfo Sancho, Michelle Jenner, Pere Arquillué, David Solans, Manel Sans, among others. It has 8 chapters of about an hour in length.

British horror film from 2022 that premiered this Friday on Netflix. A broke college girl decides to play an obscure 1980s survival computer game in search of an unclaimed $125,000 prize. But the game curses her and she faces dangerous decisions and reality-altering challenges. the synopsis of the film.

The film was directed by Toby Meakins and stars Asa Butterfield, Eddie Marsan, Kate Fleetwood, Ryan Gage, Angela Griffin, Caroline Loncq, Ioanna Kimbook, among others. It has a duration of 84 minutes.

Japanese animated series whose second season arrived this Friday on Netflix. “Decades ago, a hero from the stars left this planet in peace. Now, the son of Ultraman rises to protect Earth from a new alien threat,” says the synopsis for the series.

Season 2 has 6 episodes of 25 minutes that are already available on Netflix.

2020 Mexican film that arrived this week on Netflix (Latin America). “Four dentists, three men and one woman, meet at a congress in the Riviera Maya. Two of them have an old relationship of friendship and rivalry; the other two are friends from past congresses. They are all running away from their own history of pain and they spend a crazy weekend together on a tiny island in the Mexican Caribbean that will mark their lives forever,” says the film’s synopsis.

The film was directed by Carlos Cuarón and stars Manolo Cardona, Miguel Rodarte, Stephanie Cayo, Tony Dalton, Francisco Cruz, Alejandro Calva, Ximena Herrera, Clemente Dávila, among others. It has a duration of 92 minutes.

Legacies Season 4: Episode 15 said goodbye to this character from The Originals