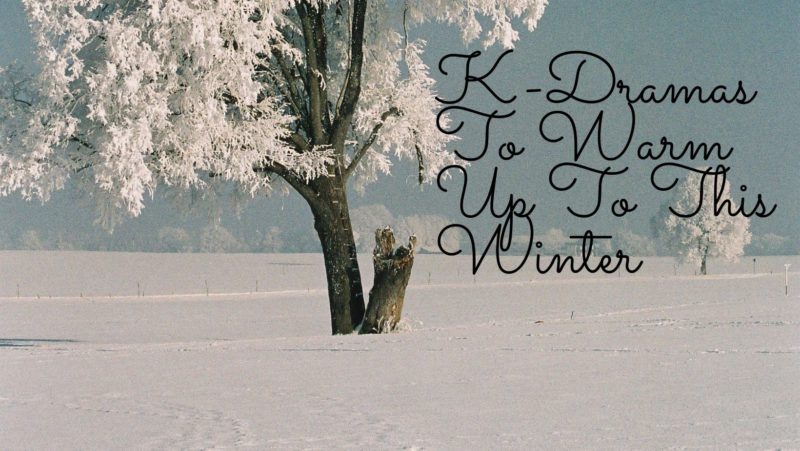 It’s that time of year again when family and friends get together to share love, laughs, and binge-watch K-dramas. You’ve worked hard over the past year, and you’ve earned some much-needed rest and leisure. If you’re searching for a nice selection of K-dramas to watch with your family and friends this year, have a look at my list.

This list of Korean dramas is in no particular order! The dramas were also picked for their winter location and the pleasant feelings they elicited, which are ideal for the holidays! Have fun watching!

I’ll Go To You When The Weather Is Nice 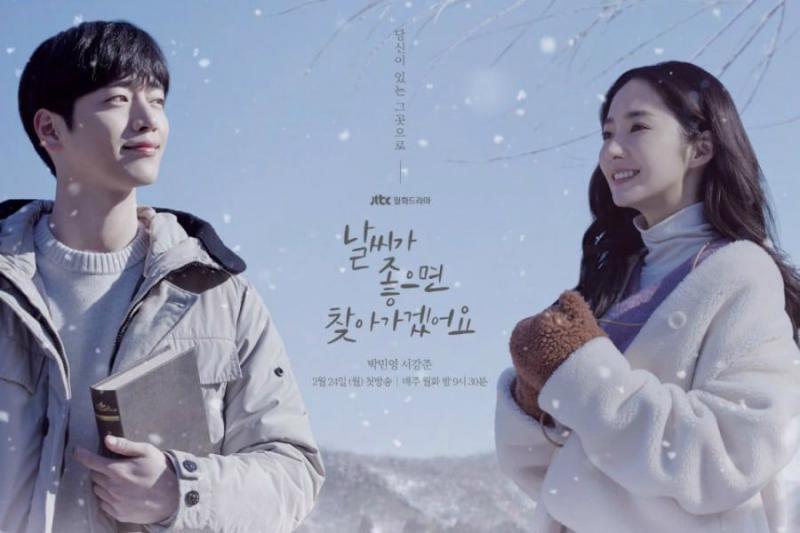 Mok Hae Won (Park Min Young) meets her old high school classmate Im Eun Seob when she decides to leave Seoul and temporarily go to the countryside with her aunt (Seo Kang Joon). Eun Seob has loved Hae Won since the first time he saw her, and he is relieved to learn that she will not be going for a long time. The two rekindle their friendship, and they fall in love as they learn more about one other.

“I’ll Go To You When The Weather Is Nice,” based on Lee Do Woo’s novel, is a much-needed drama that depicts how being independent and strong isn’t always enough to carry you through difficult times. Both Eun Seob and Hae Won have been through trauma that has caused them to become isolated and self-sufficient, and it takes time for them to learn that they need to be more open to the notion of asking for help and relying on others.

The character growth of Eun Seob in this series has a way of exposing the deepest of feelings when it comes to love. It’s a lovely story that will warm even the hardest of hearts! 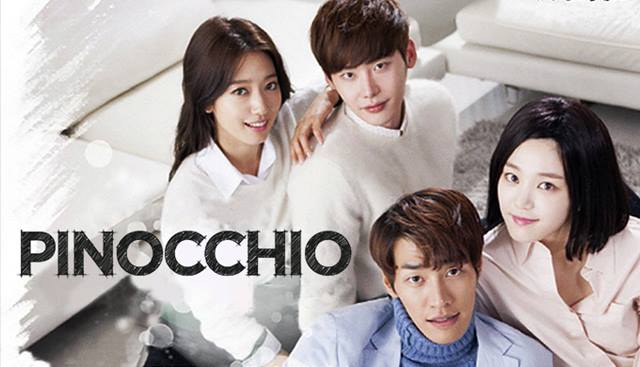 Choi Dal Po (Lee Jong Suk) and Choi In Ha (Park Shin Hye) are two promising reporters determined to succeed. Dal Po’s desire to become a reporter is motivated by vengeance, as his mother’s murder was exposed on national television by a malicious journalist. On the other hand, Ha must figure out how to become a journalist while avoiding the effects of her “Pinocchio Syndrome” (inability to lie). Dal Po and In Ha have been friends since childhood, and Dal Po has always had emotions for In Ha.

“Pinocchio” is a timeless tale that features all of the standard K-drama clichés, including retribution, love triangles, and first love. Not only are the main characters reason enough to watch this drama, but the supporting cast, which includes Yoon Kyun Sang, Kim Young Kwang, Shin Jae Ha, Lee Pil Mo, and even a very young Nam Da Reum, is also worth seeing. You’ll enjoy watching all of today’s well-known performers in lesser roles.

“Romance Is a Bonus Book 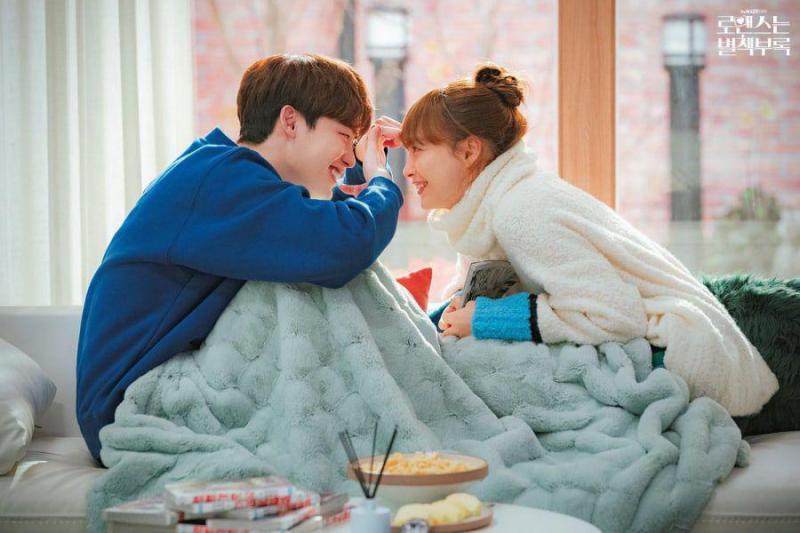 “Romance Is a Bonus Book” stars Lee Jong Suk as Cha Eun Ho, a publishing business writer and editor, and Lee Na Young as Kang Dan Yi, a single mother striving to re-enter the job. They met as children and, by a strange turn of circumstances, became great friends. Dan Yi gets divorced when they’re both grownups and needs to find work to support her kid. She asks Eun Ho for assistance, and Dan Yi works for the same firm as Eun Ho.

“Romance Is a Bonus Book” may appear to be a straightforward love tale, but Eun Ho and Dan Yi’s growing romance is full of butterflies and emotions. After her very difficult period of reaching rock bottom, seeing Eun Ho have affections for his long-time closest buddy would heal your heart. There are various situations in which Eun Ho expresses his emotions openly, which will make your heart skip a beat. It’s also delightful to watch Lee Jong Suk acting with his all-time favourite actress, Lee Na Young!

Read Also  1899: What You Should Know About The New Netflix Show 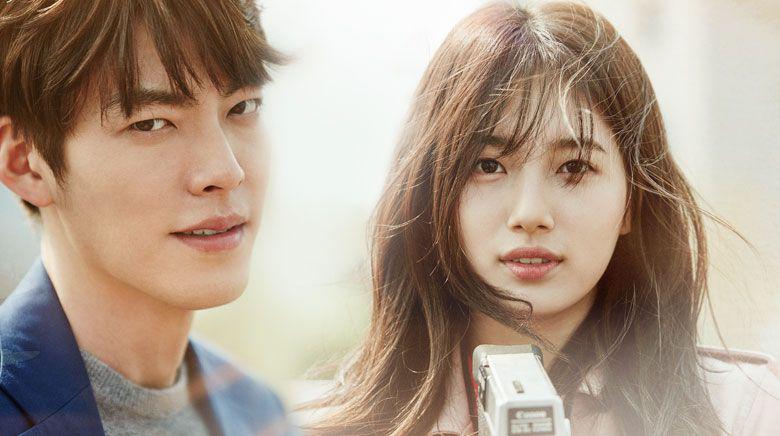 Shin Joon Young (Kim Woo Bin) is a well-known actor who meets No Eul (Suzy), a documentary cameraman, by chance. She’s been assigned the task of documenting Joon Young, but the two have a past. They met in high school, and after a lot of miscommunication and wasted opportunities, they split up, never knowing the truth about one other’s sentiments. No Eul wants to rekindle her affections for Joon Young, but Joon Young appears to believe otherwise. He’s set on keeping her near.

Sit with boxes full of tissues because this drama will make you cry. Many tears will likely be shed, but it’s still worth seeing. Regret, mortality, the significance of family, and, of course, love are all themes explored in the novel. It takes you on Joon Young and No Eul’s full journey, making you both against and for their romance. The series will toy with your emotions, but in the end, it will win you over. The cast is excellent, and it’s been a long time since we’ve seen Kim Woo Bin on television, so it’s worth seeing. 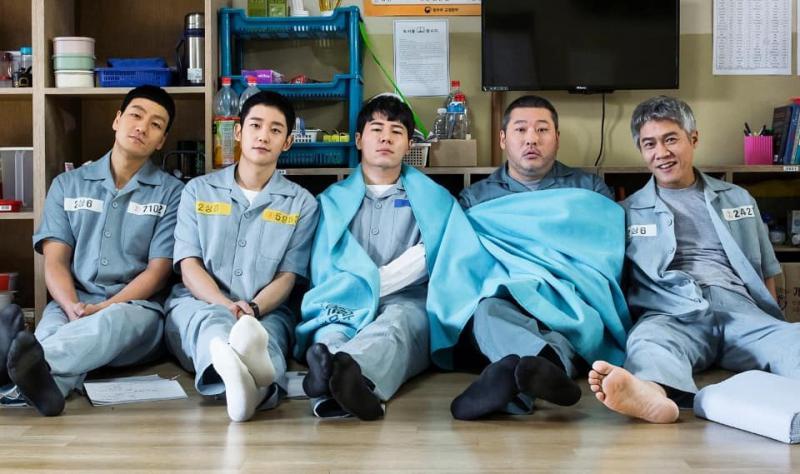 Park Hae Soo stars Kim Ji-ho in the Prison Playbook, Jung Kyung-ho as Lee Jun-ho, and Crystal as Kim Ji-ho. Jae-hyuk is a famous baseball player who beat a man who molested his sister. Despite what other men have done, he is sentenced to jail, and the series explores his prison life and the people he meets. Jung Kyung Ho’s character is a friend of Jae Hyuk and works in the same prison where Jae Hyuk is trapped during the summer, so it’s shot in the cold and lively winter. Maybe that’s why the series touches the heart.

It’s really rare for you to get a drama set in a dark area of ​​a prison. And if you find it uninteresting to get a glimpse of life in a Korean prison, think again. This series will probably make prison life more fluffy and fun than it is, but it does a good job of getting you into the life of each character. Seeing each of them enter their situation and sometimes sympathize with them makes this drama an addictive watch.

“Radio Romance” depicts the storey of Ji Soo Ho (Yoon Doojoon) and Song Geu Rim (Kim So Hyun), two teens who meet by happenstance in a hospital. Soo Ho grows up to be a renowned actor who is lonely and miserable, while Geu Rim grows up to be a radio station’s ambitious writer. They reunite as adults, and Soo Ho recalls her as the first girl he fell in love with. And, despite their love-hate relationship initially, they eventually become profoundly in love with each other.

“Radio Romance” is a slow-burn drama that is definitely worth watching to the conclusion. Yoon Doojoon’s acting talents in this part will astound you, and you’ll admire many aspects of his character. His character has been through a lot emotionally and is finally able to find peace through falling in love with Song Geu Rim. It’s a lovely narrative that so eloquently depicts the lives of renowned individuals that you’ll empathize with and relate to the characters. It’s the ideal series to watch throughout the colder months!

So curl up with a hot bowl of ramen in your jammies, and enjoy these amazing, fantabulous k-dramas and your winter vacation.