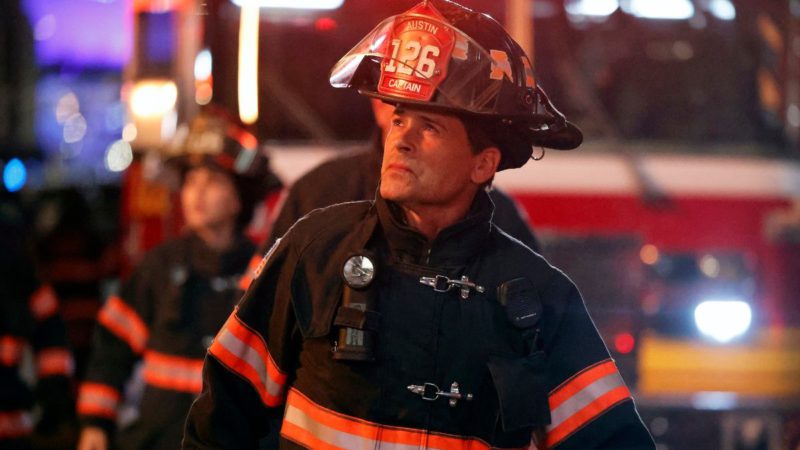 9-1-1: Lone Star is the spinoff of the Fox broadcast network drama 9-1-1, which remains on the air with its third season heading to its conclusion. The final episode of this part of the fascinating story that follows Owen Strand (Rob Lowe), is scheduled to be released on May 16 through network television. (Spoilers for episode 16)

The series will be wrapping up in mid-May, but 9-1-1 Lone Star won’t be saying goodbye to fans before reuniting in episode 16 with brother Rob Lowe not only on screen, but also in real life. As recently reported, actor Chad Lowe will be appearing on the show for a reunion special in the 16th episode of season 3 on May 2 on Fox.

Without a doubt, this is an emotional delivery. Captain Owen Strand will be reunited with his elderly father Walter Strand (Robert Pine), after so many years separated by rancor. During his visit to Los Angeles, Lowe’s character will have contact with his also estranged brother, who will be played by Chad Lowe.

Read Also  Hightown Season 2 Release Date, Cast, And Everything You Need To Know

With this season 3 episode, fans will get a double family reunion. It is the first time that real-life brothers Rob and Chad Lowe are together sharing the same screen on 9-1-1 Lone Star. And proof of this is the advance video of episode 16 shared exclusively through from TV Insider.

In the video for episode 16 of the third season of 9-1-1 Lone star, Owen Strand can be seen arriving at the nursing home to see his father. When he arrives in the room, Walter is surrounded by various people, including Chad Lowe’s character. This is an installment that will certainly bring back many childhood memories for the captain. Without a doubt, an emotional journey that makes you return to the past.

Owen’s journey to confront his estranged father and painful childhood memories stems from his sessions with a therapist about his rage in “Down to Clown.” Although Owen insisted that he was not afraid of clowns, in a nightmare, his therapist turned into a clown and asked, “Are you sure about that, Sonny boy?”

Recall that in 9-1-1 Lone Star, Owen Strand hasn’t seen his father since he was 12 years old. “He abandoned the family,” he said, causing him to deal with feelings of “shame, terror, anger.” However, he had never told his father (since he was not aware of it until that moment) and “saying it out loud doesn’t change what happened, it doesn’t change the fact that today I have no relationship with the”. After that, Owen contacted his father.