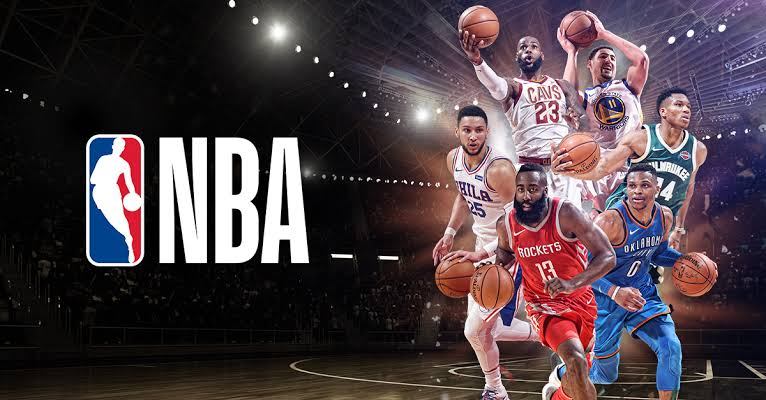 We completely know that US-based players majorly dominate the NBA, and there are fewer international players who mark the league. But recently, there has been an increase in interest in the NBA amongst Canadian players. The growing influence of Canada on the NBA is becoming more conspicuous as more and more players from north of the border have now started to make their presence known in the league.

And the best thing today is that the influx of Canadian sports players in the NBA has not slowed down, and more and more youngsters are enrolling themselves into the league. One of the best news for Canadians came is when in 2019, six Canadians were selected for the NBA draft. Almost nine prospects were also declared for the 2021 draft, and only seven were the further selections.

Now with that all in mind, we have researched everything about the best NBA Canadian players of all time. Have a look at the list below:

Jamaal Magloire currently serves as the main basketball development consultant for the Toronto Raptors. Now, before this stint, he played in the NBA for twelve seasons. The Charlotte Hornets selected Magloire in the 2000 NBA draft with the 19th pick. Even after having a below-average rookie, things started to look up for the Toronto-born big man. His first and only double-double was in the year 2003 and 2004 seasons. In fact, he also got an All-Star nod that year.

Oshae Brissett has a very solid redemption story. The Raptors waived him before the 2020-2021 season. Toronto native Oshae Brissett turned a couple of 10-day contracts with the Indiana Pacers in April turning into a three deal. The second-year after that was an absolute revelation since the time of joining the team. He has proven himself to be an efficient scorer with great defensive instincts and has a very high ceiling. According to Raps fans, the more Oshae plays the more he looks like the one who has gotten away.

Toronto’s Nickeil Alexander-Walker is a player who has always been ready for the big time. This season he also had serious opportunities to prove it. Even with so many injuries, he has stepped up in a big way that averages more than 21 points per game in his five careers. He also earned the title of second highest career scoring average as a starter on the team besides Zion Williamson. But he won’t be able to stay on the bench for much longer.

Andrew Wiggins is one of the best Canadian NBA players who are still active, and his position is cemented as one of the greatest Canadian NBA players of all time. He was also selected by the Minnesota Timberwolves in the year 2014 NBA draft with the first overall pick. With this step, he became the second player in the nation’s history to be the No. 1 pick. He stands a very decent chance of being the best Canadian to have ever played in the NBA. In addition to this, he is yet to win the championship. Furthermore, he has also won the Rookie of the Year award in 2015. He has an average of 20+ points in the single season. This is a great milestone no other Canadian basketball player has achieved.

Rick Fox is surely one of the best Canadians to play in the NBA. Although he started as a rotation player, he later got the first-team action. And there was no stopping after that because he made tremendous use of that opportunity and made big records. Fox’s best run in the NBA ought to be his time with the Boston Celtics. He had his best run in 1995-96 to 1996-97 seasons. But he actually found more success in terms of championships after joining the LA Lakers.

Steve Nash is again another talented NBA player of Canada. He was born in South Africa, but his family moved to Canada when he was a baby. Steve grew up in Saskatchewan and developed an interest in other sports but took forward his career with basketball. He began his basketball career when he was just 12 years old. Nash soon became one of the most efficient shooters in NBA history. He began his NBA career in 1996 and was selected with the 15th pick by the Phoenix Suns. Nash struggled in the early stages of his career as an elite passer and shooter.

Shai Gilgeous Alexander is the NBA team’s best player and is surely the face of the franchise. In 35 games, he had an average of 23.7 points 4.7 rebounds per game before a season-ending injury took him out for the rest of the campaign. Shai Gelgeous is 23 year old is an extremely diverse player as an effective ball handler at point guard and has been the best shooting guard or small forward. To be honest, he is one of the most exciting players to watch this season.

Read Also  Warriors coach Steve Kerr explodes against the shooting in Texas: "When are we going to do something?"

RJ Barrett professionally plays for the New York Knicks. He is a young and energetic player who is one of the best 2019 NBA players by the team. He has the position of a small forward and shooting guard. After one year with the Duke Blue Devils, he is one of the best Canadian professional basketball players and was selected as the third overall in the 2019 NBA Draft by the New York Knicks. Barett was also named as MVP at the 2017 FIBA Under-19 Basketball World Cup.

Dalano Banton is a Canadian basketball player for the Toronto Raptors of the National Basketball Association. He played college basketball for the Western Kentucky Hilltoppers and the Nebraska Cornhuskers. The 2021 NBA draft by the Raptors made him the first Canadian player to be drafted by the Canadian Franchise. As a freshman, Banton has played 31 games at Western Kentucky. He is ranked third on the assists leaderboard behind John Stockton in NBA history.

While concluding all, we can say that Canada has started respecting the basketball talent of its young talents slowly and steadily. As mentioned above, all of the players are some of the top Canadian professional basketball players in the NBA.