9 Films With an Autumn Mood: Romance, Magic, and Cooking 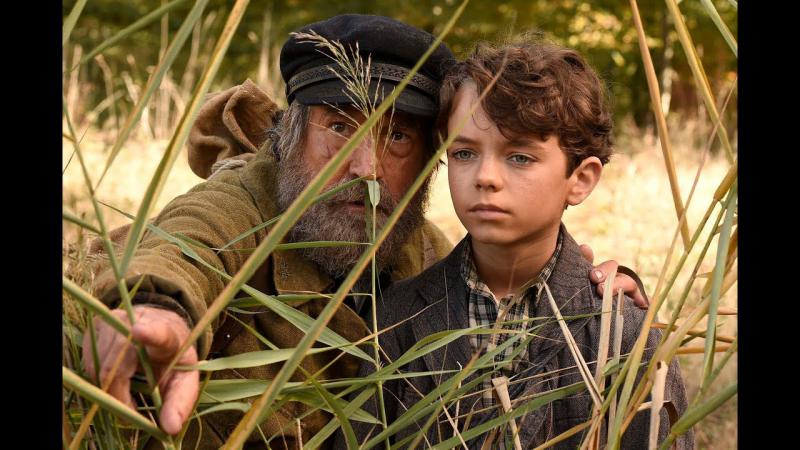 Autumn is so different. Cozy – with golden leaves and homemade pies. Frowny – with overcast skies and endless rain. Mystical – with red pumpkins, National Casino themed games, black cats, and Halloween. We’ve compiled a selection for you that has a movie for any fall.

Young Paul is an orphan who is adopted by Madame Celestina and taken to the village where his mother once lived. For city boy Paul, the village is a new unexplored world with incredible nature, animals wild and domestic, and strange, but if you get to know it better, very good-natured people. Paul learns the beauty of life in the village and makes friends, and most importantly, he learns to live in the real world (they don’t teach that at school).

A kind and touching story about little Paul getting to know the world, asking questions of adults, and trying to figure out what’s what. It’s about how a child can see the best in even the most seemingly hopeless people. In addition to the good script and acting, the film is terrific in its depiction of nature: rich colors, sounds – you even seem to smell the forest.

Welton Academy is a prestigious institution for young men with discipline and a tribute to tradition at its core. Every student must respect the teachers, abide by strict rules, and not allow himself or herself to be overprotected. But a new English teacher, Welton alumnus John Keating, breaks the system and shows the young students what friendship, freedom, and dreams are all about.

There are seven main characters in the film, seven of Welton’s students, and each has its own story, which is interesting to watch. “Dead Poets Society” is a touching story about friendship, the importance of distinguishing your own desires from those imposed by your surroundings, and the fact that sometimes it is worth rebelling and going against the rules. Robin Williams as the charismatic teacher and mentor is wonderful.

Harry and Sally didn’t like each other from the first time they met: on their way from Chicago to New York, they quarreled – they didn’t agree on their views on life and relationships. And when they met again eleven years later, both going through tough breakups, they became best friends. And now, spending time together, trying to prove that friendship between a man and a woman still exists.

A melodrama with an autumn mood: the heroes walk in the autumnal New York, sit in cozy restaurants, wear warm sweaters and talk a lot about relationships. There is no sugary-sweet romance, hot declarations of love, and vows to be together till the end of days, but it is still one of the best romantic movies.

Pastry chef Jean-René is so shy that he’s afraid to talk to women. And his new employee Angelique faints every time she has to talk to a small group of people. They are both shy, hopeless romantics in love with chocolate. And to be together, they will have to overcome their modesty and take a step toward each other.

A cozy French comedy about love and chocolate. The film captivates with unconventional characters, an unconventional love story, and subtle French humor. For those who are tired of looking at fall New York and want a glimpse of other cities – fall Paris has its own special charm.

Parallel stories of two women trying to find themselves. Julie Child lives in France, it’s 1949. She is in love with gastronomy and is just beginning her culinary career. Julie Powell lives in America, works in a call center, and dreams of becoming a writer. She is unhappy with her life and feels unfulfilled. One day the girl stumbles upon a book, Mastering the Art of French Cooking, written by Julie Child, and decides to experiment. Julie starts a blog in which she writes about how she will try to cook all 524 dishes from the book in a year.

A cozy home movie about two vibrant women played by the stunning Meryl Streep and Amy Adams, cooking and self-belief. The color palette is warm and autumnal, both stories based on real events are life-like, and the romance is worldly, in simple things. There is a lot of love in the film – for your business, for the people you love, for life, and food.

Sally and Jillian are sisters. They live with their aunts in the Owens mansion and catch the scornful and frightened looks of the townspeople every day. And all because they are witches. A curse runs in their family – every man who falls in love with a woman from the Owens family is doomed to die. Growing up, Sally dreams of living an ordinary life and never using magic, while Gillian, on the contrary, is proud of her magic abilities and constantly drags her sister into trouble.

The movie “Practical Magic” was released the same year as the TV series “Bewitched,” and they are indeed very similar. In addition to the fact that in both projects the main characters are witches, they are united by the motif of sisterhood, female power, as well as the cozy setting of a witch’s house. You want to be in the kitchen of the Owens mansion, drinking midnight cocktails and talking about everything.

Christopher Robin is no longer a little boy: he’s grown up, living in London and working at a real serious job. He has a wife and a daughter, but no time at all to dine with them, go for walks and spend weekends together. And about his old friend Winnie-the-Pooh, he has completely forgotten. But one day, in a strange way, Christopher meets Winnie in the town square and goes to the Hundred Acre Wood to help the bear cub find his lost friends.

A warm story with beloved characters, the action is set in a foggy autumn forest. The film is about friendship, love, family, and a passing childhood. Sometimes it’s good to remember that we were once children, and on a dreary rainy evening turn on “Christopher Robin” to take in the magical atmosphere and get a little nostalgic.

Tim always suspected he had a strange family, and he, red-haired, lanky, and a little clumsy were different from his peers. But one day he discovers that, on top of everything else, his family has passed on the time traveler gene, which allows him to go back in time and change the course of events. Just what you need to start a new life in London and meet the girl of your dreams!

A heartwarming romantic comedy about the value of time, starring Donal Gleeson. The plot is slow and smooth with no overtly negative characters and vivid climaxes. The atmosphere is cold autumn England, the dialogue is funny and there are no slick, glossy characters – time travel is not presented as something supernatural and is used for mundane things.

Cindy and Jim are a young married couple who dream of having a baby, but doctors say they can’t have children. So the couple resorts to the last, most unbelievable way possible – they puzzle out what qualities their child should have, put the notes in a bond bury them in the yard. That same night, a boy – Timothy – shows up at their house and calls them “Mom” and “Dad.”

The story of the Green family is an incredible one, just in the spirit of Disney. But it raises many important questions. For example, the question of relationships–between spouses, between parents and children, between boys and girls. And also the question of unfulfilled desires that parents try to embody in their children. And all this against the backdrop of the autumn landscapes of a small American town.