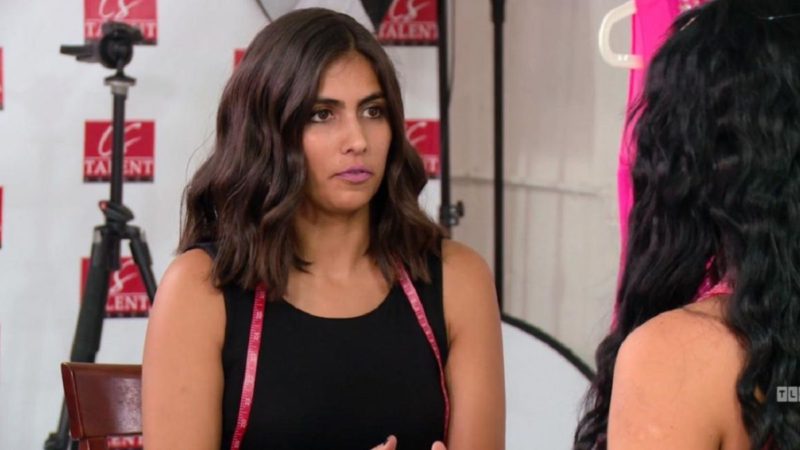 TLC’s reality show, 90 Day Fiancé, has captured millions of viewers who enjoy seeing the lives of contestants trying to settle in the United States. However, some of these couples live terrifying moments, like Caroline Schwitzky, after this Sunday, April 24, her partner Cole Goldberg tried to end her life.

Caroline Schwitzky and her partner of 23 years, Cole Goldberg, first appeared in the spinoff 90 Day Fiancé: Happily Ever After. Everyone thought they were both overcoming their romantic difficulties and getting better, but after what happened on Sunday April 24th, things are going to change forever as he has been arrested and accused of trying to drown her after an argument.

The incident between Goldberg and Schwitzky happened in West Palm Beach, Florida, when she and her boyfriend were on a boat together when they got into an extremely serious argument. Witnesses available to describe the situation to Florida Fish and Wildlife Conservation Commission officials said things between the two got out of hand and he tried to kill her.

Witnesses said the argument turned physical when the actress tried to distance herself from Goldberg, who allegedly became aggressive when he prevented her from leaving. The behavior continued for over 20 minutes, at which point Schwitzky herself became more physical, and it is alleged that she began hitting Goldberg in an attempt to break free of her.

When he let go, he jumped from the boat into the water to swim to another one nearby and away from him. However, the Florida authorities claimed that Goldberg also jumped into the water and upon reaching her, he tried to push her under the water. While the witnesses were desperate yelling at him to stop. But, he continued and was grabbing her neck with both of her hands as he held her head underwater.

Fortunately, other witnesses who were closer jumped into the water and were able to separate Caroline Schwitzky from Cole Goldberg and take her to safety. Florida police were immediately called and upon arrival at the scene, the boyfriend was arrested for attempted first degree murder and assault. However, he posted $60,000 bail and an hour later he was released.

Caroline Schwitzky is an actress and CEO and founder of the Miami talent agency CS Talent Ent. But, she decided to appear on 90 Day Fiancé to increase her popularity. It is expected that in the following days both offer statements in this regard.

Alejandro G. Iñárritu will premiere ‘BARDO’, his next film, on Netflix at the end of 2022