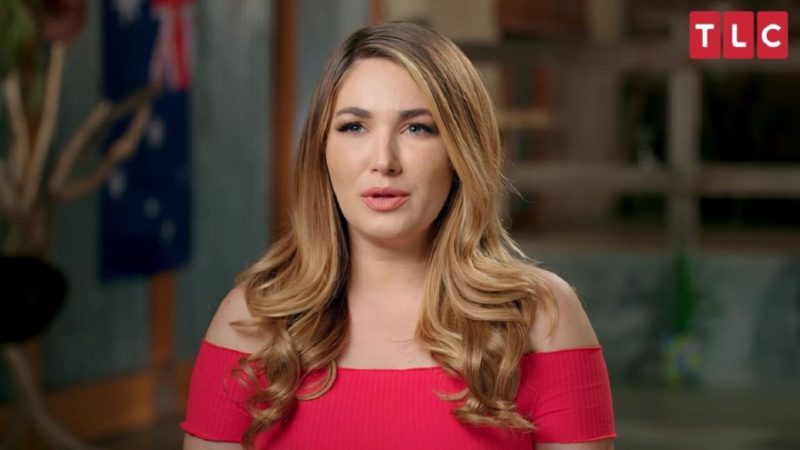 All the participants of the 90 Day Fiancé program have experienced incredible things since their arrival on the show. However, some stars like Stephanie Matto are not so lucky. Matto revealed in a post on her Instagram account what happened to her when 2 bears arrived at her house, also that they will be able to see the full story in the next episodes of the reality show.

Stephanie, who was a YouTube star before participating in the 90 Day Fiancé franchise, has used her fame to create several successful businesses in recent months. In which she claims to have made hundreds of thousands of dollars selling her bottled farts.

But, for some time Stephanie Matto has been giving something to talk about in the series 90 Day Fiancé, not only since she started her online business selling jars of farts, something that fans of the show have classified as disgusting and the strangest that they have seen in the more than eight seasons of the program. She but also because of a bear attack on her house.

Matto took to her Instagram stories to share video footage from the camera on her porch showing a bear poking around her door moments after she walked into her house with her dog. The star assures that after she entered, she felt that the bear had already been following her long before her, so she immediately panicked.

“Literally 5 minutes before the bear I’m waving must have been watching,” Stephanie Matto captioned the post.

“I have never seen a bear in my life. I have seen a bear up close twice in the last week. This is more than I have bargained for. Enough is enough. No more bears please.”

However, the bear appears to have triggered the porch camera, after Stephanie was looking out a window trying to call someone. But, according to the star, she would be happy to forgo any further interaction with similar creatures and possibly move out of where she lives, as this is not the first time a bear has come to her home.

Currently, Stephanie assured that little by little she has been leaving 90 Day Fiancé aside, she also told her followers that she hoped to grow her YouTube channel after appearing on the show. Above all, her after revealing all the problems she had to film her scenes with her partner for the TLC television network.