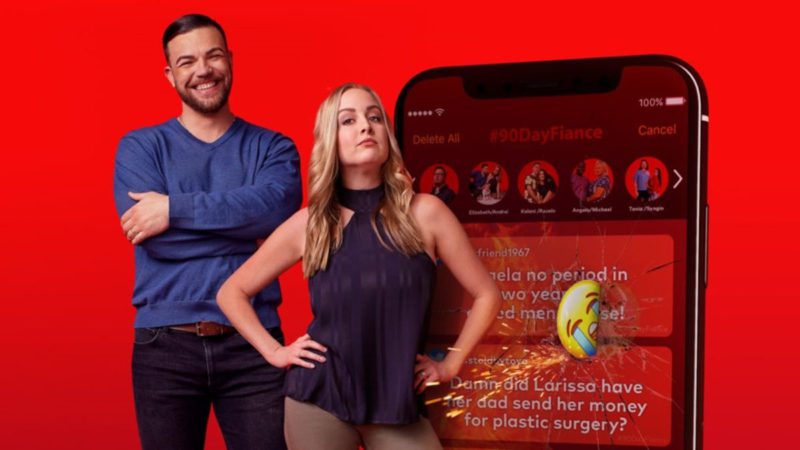 The popular TLC television show 90 Day Fiancé is well known to foreigners looking to move to the United States in order to get their K-1 visa through romance. However, some of these stars who participated in the show practically did not speak the English language, nor did they try to do so to master the basics.

Cultural and language differences are two of the biggest issues couples in the 90 Day Fiancé franchises face. Cast members who are rooted in traditional lifestyles are often upset when they find that their partners are more liberal and free-spirited. Something we talked about in one of our previous show notes.

Also, the inability to communicate without a translation app complicates conversations. But, these are some of the stars of the show who hardly spoke the English language at all.

Paul Staehle and his Brazilian partner Karine experienced overwhelming relationship problems during the early years of their marriage. One of his problems was his inability to communicate in a common language. They both used translation apps to talk to each other. But, combined with their temperamental personalities and erratic and violent behavior, the couple ended up breaking up. However, she has been studying and improving to speak the English language.

Turkey’s Mursel Mistanoglu and Anna Campisi are a rare franchise duo who were able to overcome language barriers and are favorite stars of 90 Day Fiancé. At first few thought that both would not hesitate for a long time, since Mursel barely spoke English and his partner Anna did not know words of her boyfriend’s language either. But, after a while, they both got over the stress of relying on translation apps with study and dedication to master both languages ​​a bit.

The curious case of Mahogany Roca who is from Peru surprised all 90 Day Fiancé fans, at first he used a translation application to speak with the American Ben Rathbun. But, after a while he stopped using the app and spoke almost perfect English, so the translation app and his general understanding of languages ​​left many viewers baffled.

Ximena Morales Cuéllar was one of the participants in the spin-off 90 Day Fiancé: Before 90 Days, which generated the most comments among fans. Ximena’s fiancé at the time, Mike Berk, was doing his best to learn his Colombian mother’s native language, Spanish. This caused Ximena and Mike to turn to translation apps for communication.

Interestingly, Ximena even broke up with Mike through the translation app, although an incredulous Mike appeared convinced that the app had mistranslated his words, he tried to get back together with her, but failed.

Peaky Blinders: BBC drama is disqualified for its historical inaccuracies