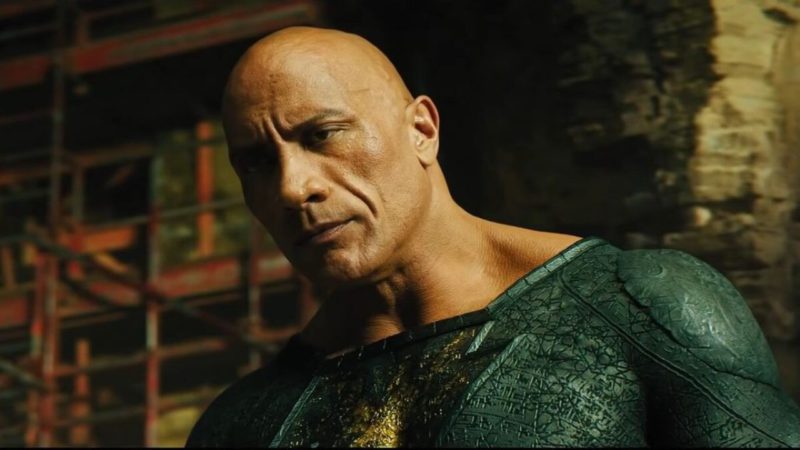 Although the release date has been changed, without a doubt one of the most anticipated releases of the year is Black Adam. The tape that has Dwayne Johnson in his debut for the world of superheroes continues to generate hype. Now the hype will find new directions, as an action figure from the film reveals who could be the enemy that the DC antihero / villain will have to face.

The film directed by Jaume Collet-Serra, responsible for the successful Jungle Cruise, also with Johnson, will feature Teth-Adam. This Egyptian slave from Kahndaq, a fictional location created by DC, gains the powers of the mighty warlock Shazam. This noble man had good intentions but receiving his incredible powers completely deviates from his path of justice. For a strange reason, Black Adam falls asleep and thanks to an expedition of researchers, the powerful villain awakens today.

Thanks to the latest advances, it is known that the character of The Rock will be in charge of putting people in check, but the task will not be easy because the Justice Society of America (JSA) will stand in his way. Formed by Atom Smasher (Noah Centineo), Hawkman (Aldis Hodge), Cyclone (Quintessa Swindell) and Doctor Fate (Pierce Brosnan).

Taking into account that Black Adam will arrive in October, some official merchandising products are beginning to come to light, such as the new line that Funko Pop has prepared for Black Adam. These action figures give a new look at the character of Johnson and the JSA, but also bring a revelation and that is the presence of another villain, Sabbac.

BREAKING: First look at the #BlackAdam funko pops! These show how all characters will look in the film! pic.twitter.com/fQhVxEELB0

This enemy emerges as the opposite of Shazam, as he is basically a version of the hero, with demonic powers. The character was originally created by Otto Binder and Al Carreno and made his comic book debut in 1943’s Captain Marvel Jr. #4. In current stories, Sabbac resides with Ishmael Gregor, a Russian mob boss. This ruthless man was subjected to the ritual where the demons Satan, Aym, Belial, Beelzebub, Asmodeus and Crateis, grant him his abilities. Sabacc’s powers are as great as those of Shazam and Black Adam.

So far this character had not been seen in any official preview, it was rumored that he could be part of the story. Now that there are indications of his participation, the first trailer remains to be seen, he may let this feared villain be seen.