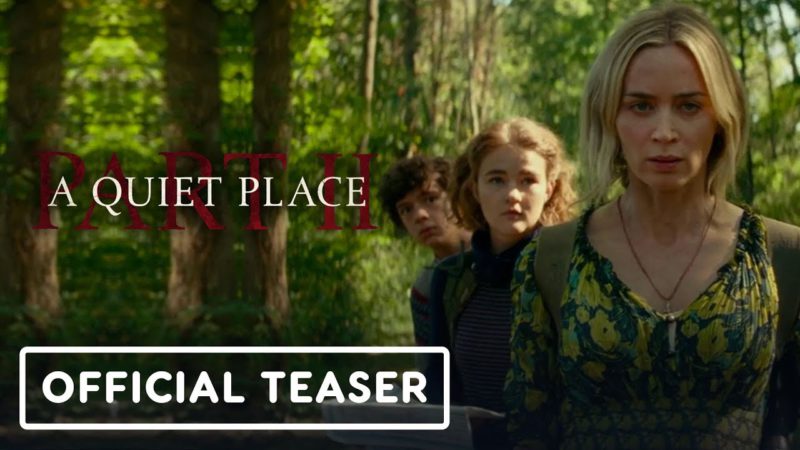 The sequel, directed by John Krasinski, hits theaters on June 18.

“The silence has lasted too long. “A Quiet Place 2, the sequel to the film directed by John Krasinski and starring Emily Blunt, is one of the many films that had to delay its arrival in theaters due to the coronavirus pandemic. The title was scheduled to premiere in our country on March 19, 2020, but on the 12th -two before the State of Alarm was decreed-, the director and actor announced that A Quiet Place 2 was delaying its arrival in theaters. Now, more than a year later, the sequel to A Quiet Place has a new release date. It will be June 18 when the continuation of the Abbott story lands on the billboards of our country. And, to start warming up, Paramount Pictures has released a ‘teaser’ starring Blunt announcing that the trailer for the film will arrive tomorrow.

The preview shows those places that are already known to those who enjoyed the first installment: the metal bridge, the exteriors of the Abbott family home, and, of course, the basement of the main characters’ house.

Read Also  3 ideal movies to watch during the long weekend

In the video, Evelyn (Blunt), shotgun in hand, approaches her son Marcus (Noah Jupe) and asks him to come out of hiding. From the clothes and the setting, it looks like the sequel will start right where its predecessor left off: with Evelyn and her daughter Reagan (Millicent Simmonds) figuring out how to take down monsters.

A quiet place 2 takes place after the events that occurred in the first installment. The story is set in a world where monsters attack by sound, so the survivors have learned to live in total silence. After Lee’s (Krasinski) sacrifice, Evelyn decides to leave home with her children. On their journey, they will meet new threats and characters like Emmett, played by Cillian Murphy.

The first installment was a critical success, grossing more than $ 340 million worldwide. On these lines, do not miss the advance of the film. Ready to make no noise?