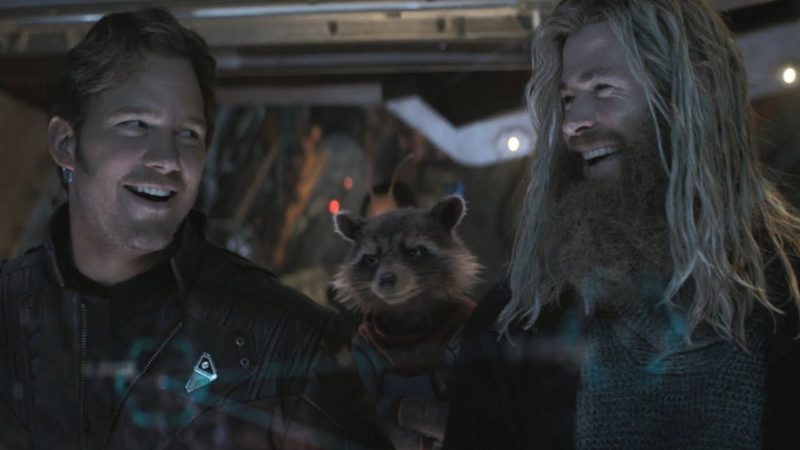 The fourth installment of the God of Thunder has fans waiting for the first official trailer, which will surely come with the premiere of Doctor Strange in The Multiverse of Madness. But in the absence of a trailer for Thor: Love and Thunder, well it is the official merchandising to advance information. Thanks to the action figures of the film, an important fact about Thor is revealed.

The last time we saw the God of Thunder (Chris Hemsworth) was in Avengers: Endgame when he left Valkyrie (Tessa Thompson) in charge of the new Asgard so he could go in search of a new purpose in his life. In this way Thor joins the Guardians of the Galaxy, starring in a funny scene about who has the leadership, if he or Star-Lord (Chris Pratt)

Recently, the new line of Marvel Legends action figures was presented, which is based on Thor: Love and Thunder. With the presentation of these figures, it was possible to know what the antagonist of the story, Gorr, the God Butcher, played by Christian Bale, will look like. Now, new photos of the packaging of these action figures reveal that Thor has joined a new group, the Ravagers. The figure in question has the Asgardian with the powerful Stormbreaker and the detail is that he wears a red vest, the same color used by Peter and the Ravagers.

Officially Thor is a Ravager.

In Guardians of the Galaxy Vol. 2, the death of Yondu Udonta (Michael Rooker) leaves the group without a leader, but everything seems to indicate that second-in-command Kraglin (Sean Gun) will follow in Yondu’s footsteps. At the end of the film both Peter and the other members of the Guardians join the group and everything seems to indicate that in Love and Thunder, Thor will be one of them. Taking this into account, could it be that the God of Thunder proclaimed himself leader as at the end of Endgame?

The art of all the figures of the new line. The action figure of Gorr.

Thor: Love and Thunder will be released on July 8. As for the Guardians, we will see them once again by the end of the year, when Disney + presents the Christmas special, which will be in charge of laying the foundations for what will be Guardians of the Galaxy Vol. 3, brand new in 2023.