There are days when you turn on your screens and you have the impression that the markets are overexcited, like on amphetamines. Days when the desire is there and when the speakers have real convictions and where there is really a reflection. And then there are days, you wonder why they opened the market because it doesn’t make any sense. Yesterday was a day like this. The good news is that we’re sure going to get excited about Trump, impeachment, or Biden’s swearing-in, or even a new stimulus coming. Oh no, that’s already done, it was yesterday.

I feel all soft, soft. If soft.

If we are to believe the financial media, on this Wednesday morning, stakeholders bought back the markets to take advantage of Monday’s weakness by betting on the fact that a new stimulus is coming, that suddenly, we can bet on UN RECOVERY and that the vaccines are going to work out eventually one of these days. I must say that the period we are living in is truly magical. Magic, because when you lose 1%, you consider that it is “suddenly an opportunity to buy back on weakness and that the BIGGEST problem facing an investor is knowing when to sell. So as not to miss an opportunity to become very, very, very, VERY rich.

No because the other thing that is magic is that nowadays, when there is a title that goes up, it is not 2% per month, which, cumulatively, will still make you 24% per month. year. Which, in Grandpa’s wonderful world of finance, would have been damn, but so damn good. No. Nowadays, everything is sorted out in a few days. Thursday you buy Signal to play Signal the anti-WhatsApp application by buying a Signal that has nothing to do with Signal, Monday you made 11,000% on wind. But what was good was that you had already bought titles that make hydrogen – like Plug Power, just to diversify. That’s good because Plug Power – which took 100% last week, took another 30% yesterday because they signed a joint venture with Renault. Plug Power is already worth 22 billion in market capitalization. 2 times the value of Renault. The stock is up 1,500% over 12 months and out of 10 analysts who follow the stock, 9 have a buy recommendation with a price target of $ 45 on average. Isn’t that magic? Yeah, well, okay, Plug Power trades at $ 66 – 50% higher than analysts’ average target, but who cares? isn’t it all magic?

Yes, this market is magic. This market is connected to the RECOVERY which arrives with such intensity that it forgets the economic reality, it is no longer the world stock markets which are the reflection of the economy, it is the world stock markets which trace the way to show to that real economy idiot where she has to go. No, because right now, this poor economy gourd she obviously does not understand where her future lies since she is always more or less stuck to the bottom of the bin. But luckily there is Wall Street to save the day. Wall Street who knows how to read coffee grounds and bones to predict the future, Wall Street who knows perfectly well where we will be in 6 months while this poor economy bitch with its ridiculous unemployed people and its businesses that are in the process of to fall under the blows of the anti-covid restrictions has not yet understood that the future is in growth, in titles which make performances of 10,000% per week otherwise it’s not funny, that the The future goes through a stimulus that will boost our lives and that if that is not enough we will knock on the door of the Capitol – it’s very trendy at the moment – or that of the White House to ask for even more stimulus. After a 3.0 stimulus, we will ask for 4.0, then 5.0 and so on, it’s FREE MONEY galore, as long as I win I play. 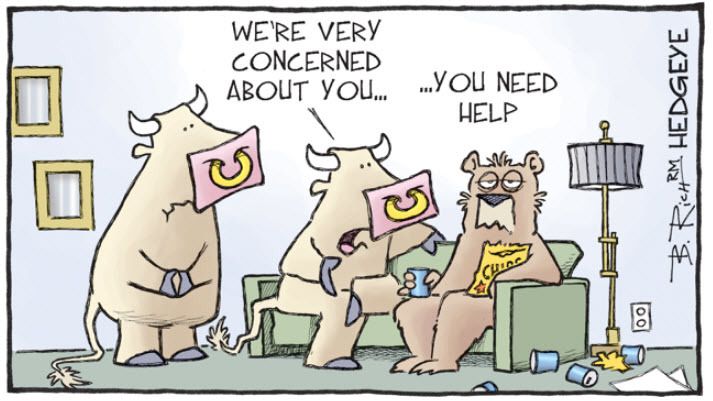 Ah yes, and then we do not ask too many questions about the source of the money, in any case the governments are so in debt that Zillions of dollars or euros here and there will make no difference. Not to mention that the rates are at zero, so we just have to… We just have to buy and we have to be fully invested in all the most hyper-speculative things of the moment, because everything will go up very, very high, especially if it has something to do with the electric car or the hydrogen car. Yes, no, because nowadays you don’t wonder if people will be able to buy a car, you just wonder if it’s cool or if it’s not cool. And if it’s cool, we buy. It’s a bit like March 2000, it’s only going up. Ascend. Ascend. And go up again. I remind once again the basic rules of investment are:

In conclusion, yesterday the USA went up because COVID is going to be fine, Trump who cares, it was a buying opportunity, Biden is coming and he is going to take the oath, fiddle with Kamala Harris and make lots of little Stimulus who will save the world of finance and distribute vaccines in the form of suppositories that will solve all the problems of COVID and in the end it will be the Bulls who will win, as usual. In Europe we ended up lower because the confinements are tightening again, Merkel wants to lock down Germany until April, the curfew in France will soon be at 11 a.m. and in Switzerland, we are still going to give us a semi -confinement that will be useless until we feel obliged to make a complete containment after the 22th semi-confinement decided by the bald man from Bern who will speak elsewhere today to announce what sauce we’re going to get fucked again.

In short. In Europe we were afraid of COVID and its consequences but in the USA we didn’t care about the forties because vaccines are coming in droves, the stimulus is coming in droves and hydrogen cars, it’s really damn owl. So ??? Isn’t life beautiful ???

The village festival in Asia

This morning it’s the village festival in Asia; everything goes up. Not much, but everything goes up anyway. It must be said that the theme of the morning is “the hope of RECOVERY” as practically every day since March. Worse when it’s not the MAGIC RECOVERY MYSTERY, it’s MAGIC STIMULUS that happens. No matter which one, there is always a stimulus going to come somewhere. As I told you above: Isn’t life beautiful ??? Yes, it’s true, unemployment is exploding, the basic economic fabric is getting smashed a little more every day, the depressions are at an all-time high, the students who are leaving studies are more and more numerous, we do not know more what it is social relations, nor what it is to go to the restaurant. Soon we will have to stay masked at home and do PCR tests every five minutes even to go pee and then everyone has become an epidemiologist or vaccine specialist and WE ARE ONLY TALKING ABOUT THAT .. BUT AT LEAST THE SCHOLARSHIP GOES UP! !! So you have to stop whining at the end !!! 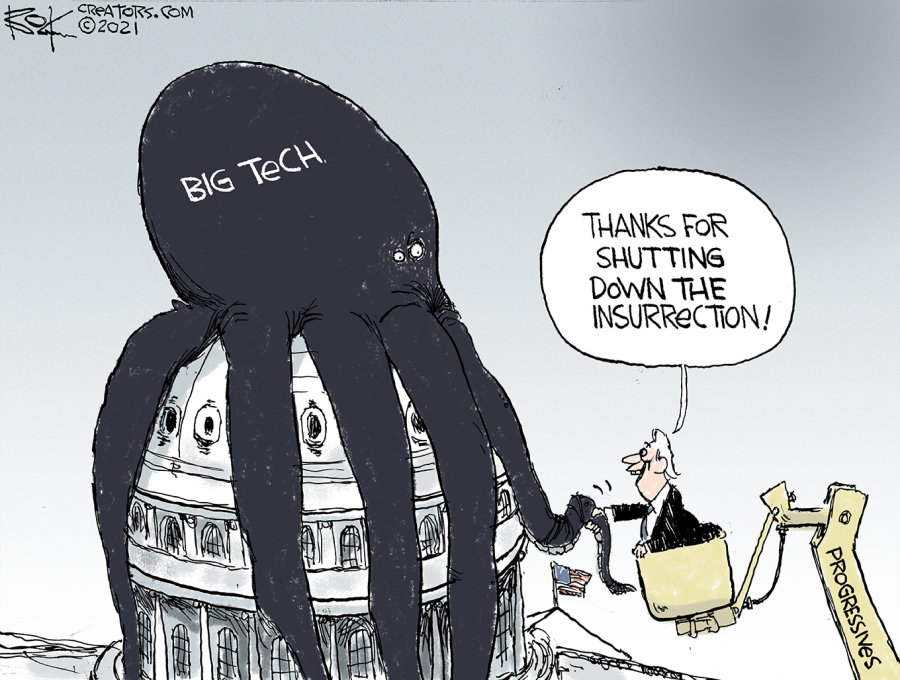 So we think about vaccine, recovery and stimulus and everything will be fine. Moreover, even oil is rising to signal the recovery which is fast approaching. Crude broke through $ 53.80 and my target of $ 60 should be reached in February. On the other hand, the 100,000 $ on Bitcoin, it may be a little more complex. Cryptocurrency has left everyone in doubt since Monday and its dizzying fall towards $ 30,000. As I speak to you, Bitcoin has already risen to $ 34,000, but technically we are close to bear territory and there are plenty of professional investors like Mark Cuban who say that it will end badly and that it is is a bubble like the internet bubble – on the other hand the rest is not a bubble, but that’s another story. Meanwhile gold is at $ 1856 and silver at $ 25.70 and are in ambush to take over from Bitcoin as a safe haven.

As for the news of the day, we are obviously talking about the impeachment of Trump, Mike Pence gave his answer to Pelosi regarding the 25th amendment and it can be summed up in three words: “Go Fuck Yourself”, suddenly the Democrats with Granny Pelosi in the lead will try to go through the legal route to make Trump disappear permanently from the American political landscape. It gets almost as interesting as the 1239th episode of season 112 of Santa Barbara that my grandmother watched 35 years ago.

Otherwise we will note that 20% of Bitcoins in the world are inaccessible because their owners have “lost” the password and it is more or less impossible to recover. It should also be noted that Visa and the financial start-up Plaid gave up their merger because the anti-trust Avengers felt that it was a little too much of the dominant position and then Zoom will make a secondary offer of 1 , 5 billion – at 10 times its then IPO price and 5% below yesterday’s closing price. Aside from that, Barron’s are bullish on the Bank of America numbers which are due this weekend and they believe Johnson and Johnson’s vaccine could revolutionize and speed up vaccinations around the world. The company believes it can immunize 1 billion people very quickly. And while they will vaccinate 1 billion people in the world, they will vaccinate 14 in France and 12 in Switzerland.

As for today’s figures, there will be industrial production in Europe, the CPI in the USA, the Beige Book and oil inventories and, for those who are in depression and who have no more motivation, there will be Madame Lagarde who will speak, I therefore recommend that you stay away from the television set so as not to accentuate a possible pathology of depression.

Currently, futures are up 0.3% because, I’ll give it to you in a thousand: “we bet on the RECOVERY and we expect a stimulus” … If you believe that repeating the same stories over and over will tire the market ; FAULT ! The market has a memory of goldfish so as I speak to you, HE ALREADY FORGOTTEN why it came up yesterday and if you give him the same arguments as yesterday, he will not realize it. It’s like my idiot labrador, he eats the same croquettes EVERY DAY, yet it’s party time in the village every time!

Have a great day.

Remember that you can subscribe to the Investir.ch “newsletter” which will be delivered to your mailboxes every morning at 7:03 am by your servant – with the croissants and hydroalcoholic gel, to do this, you just enter your email address at the top right of the site. You can also follow us on Facebook, LinkedIn, Twitter and Instagram – there you have it, marketing time … good coffee everyone and see you tomorrow!

“If you think nobody cares if you’re alive, try missing a couple of car payments.”

Before his suicide, a Frenchman allegedly donated $ 500,000 in bitcoins to the ultra-right American