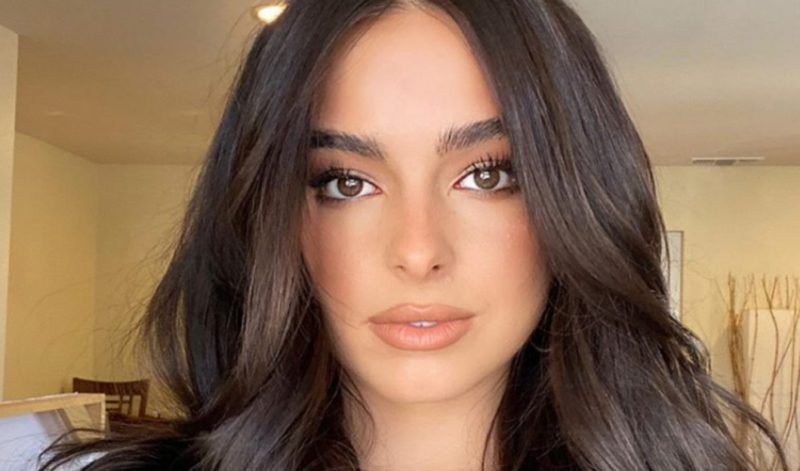 Hardly imaginable! Addison Rae almost deleted her TikTok account. You can find out why here! ⤵️

It’s hard to get past Addison Rae on TikTok. With 79 million followers, it is one of the largest accounts on the platform. But that’s by no means all she does. At just 20 years of age, she has already achieved a lot. A few weeks ago Addison Rae released her first song “Obsessed”, which now has almost 16 million views on YouTube. The day before it was announced that Addison will take over the lead role in the Netflix remake “One Like No One” . She also has her own beauty line “Item Beauty”. Awesome! What can Addison not do?  But it almost didn’t work out …

Addison Rae: Because of that, TikTok was almost never a success

Addison Rae says in the “Emergency Contact” podcast that she didn’t want to download TikTok at first. “ The 9th and 10th graders took advantage of that and I was about to graduate. Of course, I had other things on my mind, ”she admits. “ A younger friend said to me at the time, ‘Do this TikTok with me.’ The video can still be found on the internet. I do the craziest dance moves because I thought, ‘I don’t know what that is.’ “ During the family vacation, she then posts a video with her dad: Her first own TikTok! “I thought ‘I’ll try’ but I had no idea what I was doing. It was the dumbest, weirdest video I could have posted. It got exactly one like. “ What? Addison Rae only had one like? We can no longer imagine that today.

“ I thought, ‘This is not for me. I will not post anything more on this app ‘ ”. It didn’t last long – a short time later, she posted a lipsync video that went viral overnight. “ I was posting more and more and then a video of me and my mom got 300,000 likes. “Since then, Addison’s channel has grown daily. Fortunately, she continued back then and didn’t let likes spoil her fun!