After: Two New Movies Including A Prequel On The Cards! 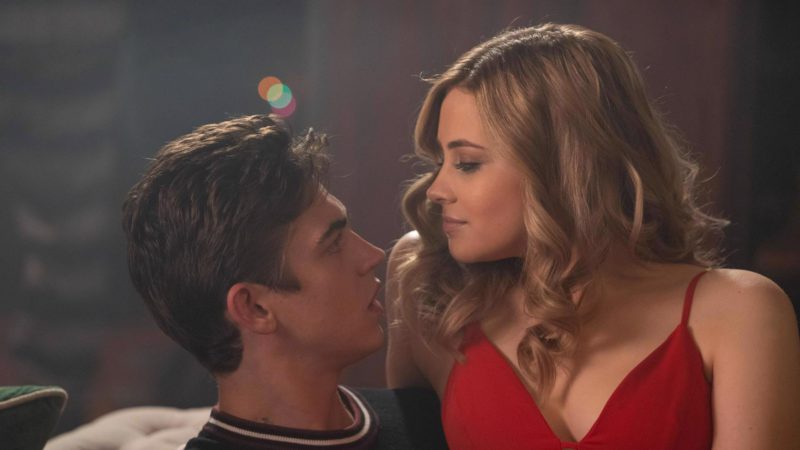 The film about the character played by Hero Fiennes Tiffin will be loosely based on the book ‘Before’. The new installment, on the other hand, will follow the children of the leading couple.

The After film saga increases. The franchise that adapts the novels written by Anna Todd will expand with a prequel about Hardin’s past and a sequel that will follow the children of the protagonist couple. Castille Landon, director of the last two After installments. Lost Souls and After Ever Happy, has made the news in Teen Vogue. The director will be in charge of writing and going behind the scenes of these two new films.

The prequel will be loosely based on the Before book, told from Hardin’s perspective. The film, however, will not have Hero Fiennes Tiffin in the title role, as the character is younger in this story. According to Landon, the prequel will be “a larger conversation” tied to what happens in Before, with a more expanded plot. “He has been through a lot of trauma in his family life and relationships and we will see more of that disorder before he meets Tessa and how that experience changes him,” he adds.

As for the sequel, it will follow the children of Hardin and Tessa – played by Josephine Langford -, named Emery and Auden. Also his cousin Addy. The three characters appear in the last pages of the epilogue of the novel After Ever Happy. Although Hardin and Tessa will appear in the movies, they will do so as supporting characters. Neither Fiennes Tiffin nor Langford will bring the characters back to life in these new projects.

“Emery, Auden, and Addy are quite loved by fans. We have all received a lot of inquiries about what happens with children,” says Landon. ” It’s amazing to see how interested the fans are in these characters, even if only without being superficially introduced into the books. People have latched onto them because of their love for Hardin and Tessa,” he concludes.

At the moment there is no news about the ‘casting’ of both projects. Neither about release dates. However, it is already known that the films will be shot continuously from autumn.

After the premieres of After: Everything begins here and its sequel After. In a thousand pieces, the third installment of the After saga. Lost Souls will hit theaters sometime this year. In this chapter, Tessa and Hardin will have to face important revelations and secrets about their families that will put their relationship in danger. On these lines, do not miss the trailer guys.

Shang-Chi: Did You Miss This Cameo From Spider-Man: Homecoming Character?