Al Pacino: facts and curiosities that you did not know about the legendary actor 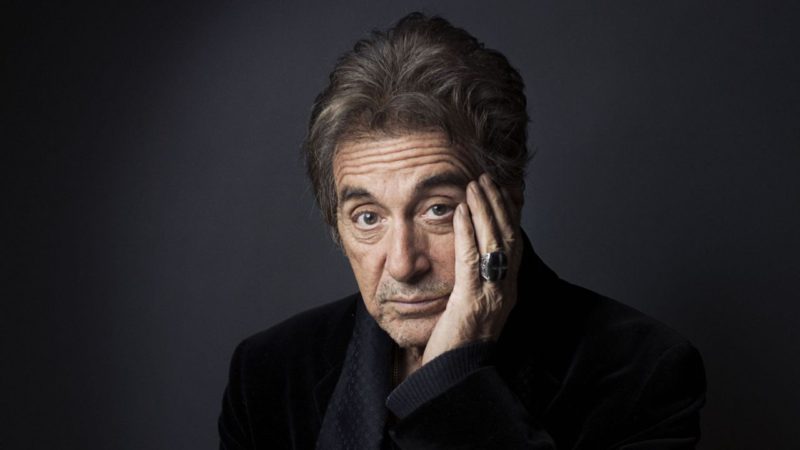 Al Pacino is considered one of the greatest actors of all time. Born in New York on April 25, 1940, under the name of Alfredo James Pacino, he began his acting career in the early 1960s in the theater, and little by little the opportunities that have made his career one of the the most prominent in Hollywood.

In the early 70’s he was chosen by Francis Ford Coppola for the role of Michael Corleone for The Godfather (The Godfather). At that time, the director had the entire studio against him, since they did not approve of the choice of such a little-known actor for the role. “People may have come to see Brando, but they will leave talking about Pacino,” the actor’s representative had said at the time. Finally, Al Pacino got his first Oscar nomination for Best Supporting Actor.

Al Pacino as Michael Corleone in The Godfather

From there his career only got more interesting, with movies like Scarface, Serpico, Dog Day Afternoon, Scent of a Woman, the remaining Godfather trilogy movies.

On the day of his 82nd birthday, we review some curiosities of the actor’s life that you may not have known.

I wanted to be a baseball player, not an actor

Nicknamed Sonny by his friends at school, one of his early passions, aside from acting, was baseball. Despite having ambitions within the world of the arts, he initially wanted to be a professional baseball player. In fact, the actress Diane Keaton, who was a partner of the actor, once confessed that he had two great interests in his life: baseball and theater.

On several occasions the actor has described that particular point in his life as the lowest. “I was 22 years old and the two most influential people in my life had left, so that sent me into a tailspin,” he once said, alluding to the death of his mother at the young age of 43, followed by the death of his grandfather.

He is a big fan of Shakespeare

In addition to his great passion for acting and theater, Pacino is a fervent admirer of William Shakespeare, the English novelist, poet and playwright, creator of some of the most acclaimed works of world literature.

In 1996, the actor directed and starred in the documentary film called Looking for Richard, based on the play Richard III, a role that Al Pacino played in the theater in the 70s.

Read Also  End of the mystery, it is revealed why the Marvel Studios movies are so successful

He has received only one Oscar Award in his entire career.

Despite being considered one of the best actors of all time, Al Pacino won only one Academy Award, despite being nominated for it 8 times.

In 1992 he won the Academy Award for Best Actor for his performance as Colonel Frank Slade in Scent of a Woman.

He was the first actor to receive two acting nominations in the same year.

The same year he won the Oscar for Scent of a Woman, the actor had been nominated in the category of Best Supporting Actor for his performance in Glengarry Glen Ross (Success at any price).

He is one of the few actors to win an Oscar, an Emmy and a Tony.

Al Pacino is one of the few actors to win what is known as the Triple Crown of Acting. This includes having won an Oscar Award, an Emmy Award and a Tony Award, the latter recognizing excellence in acting on stage.

Although we already mentioned that the actor had great performances throughout his career, one of the most iconic and acclaimed of all time was that of The Godfather where he played Michael Corleone.

Despite having had many women in his life, he never married. She has three children, the first Julie Marie (1989), the result of her marriage to acting teacher Jan Tarrant. He has twins Anton James and Olivia Rose, born in 2001, from his relationship with actress Beverly D’Angelo, with whom he was in a relationship from 1996 to 2003.

Grey’s Anatomy Season 18: When does the drama return for its final episodes?