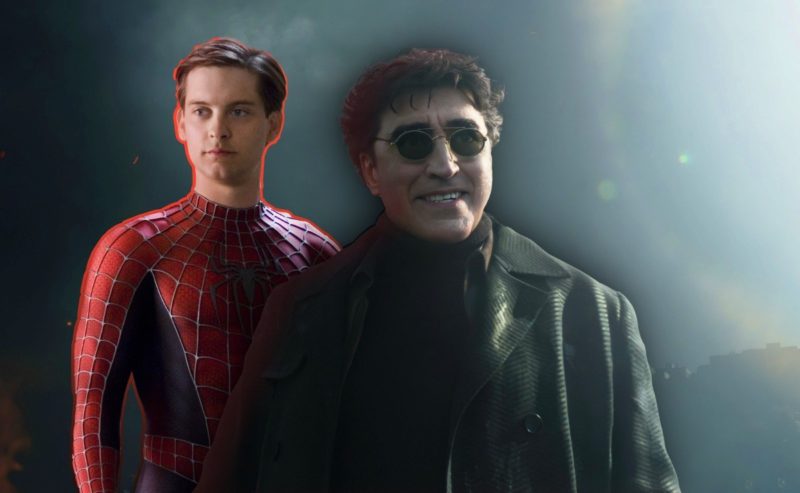 The premiere of ‘Spider-Man: No Way Home’ was a celebration for three generations of Spider-Man fans. Well, moments of nostalgia ended in a multiversal reunion. However, one of the most moving moments was the meeting of Doctor Octopus with Tobey Maguire’s Peter, which made Alfred Molina cry.

Since 2004 we saw Doctor Octopus fighting Tobey Maguire’s Peter Parker in Sam Raimi’s ‘Spiderman 2’. And thanks to the collaboration between Disney and Sony, the three generations of Spider-Man and his villains were brought together in the cinema, in the most recent installment of the Marvel Cinematic Universe.

It might interest you: Alfred Molina responds if he will return after Spiderman: NWH

In a recent interview for the Household Faces podcast, via The Direct, actor Alfred Molina spoke about his participation in ‘Spiderman: No Way Home’, and commented on some of the most special scenes, such as Andrew Garfield’s back Tobey Maguire. But there was one in particular that made him cry.

I got a little excited, actually. There was a scene where I’m suddenly running into Tobey, and he’s like, ‘How are you, doctor?’ And I’m like, ‘Oh my God, it’s good to see you.’ I got really teary in that scene. I said, ‘Oh shit, this is a moment’

It might interest you: Mysterio in Spiderman: FFH changed Jake Gyllenhaal

The Doctor Octopus actor added: “It was a delight. And it was, of course, lovely to see Tobey again. We had a giggle on set about, I think I said something like, ‘I’m terrified he might be a little too old for this.’” It was certainly one of the most emotional moments on the film.

In addition, Alfred Molina commented that he was surprised by the number of improvised scenes in the film: “Yes, it was brilliant … I would love to know, I do not know Tobey or Andrew well enough to call them on the phone and ask them, but I would love know how much of that was improvised.

The story of ‘Spiderman: No Way Home’ left us with some of the most emotional moments of Spider-Man in the cinema, but without a doubt, the meeting of Doctor Octopus and Tobey Maguire’s Peter was one of those moments that will remain recorded. in memory of fans of the character.

Many fans were also left wanting to see a meeting of Tobey Maguire with Willem Dafoe’s Green Goblin, however, considering the complications behind ‘No Way Home’, many fans are pleased to know that the story was released. as we know it.