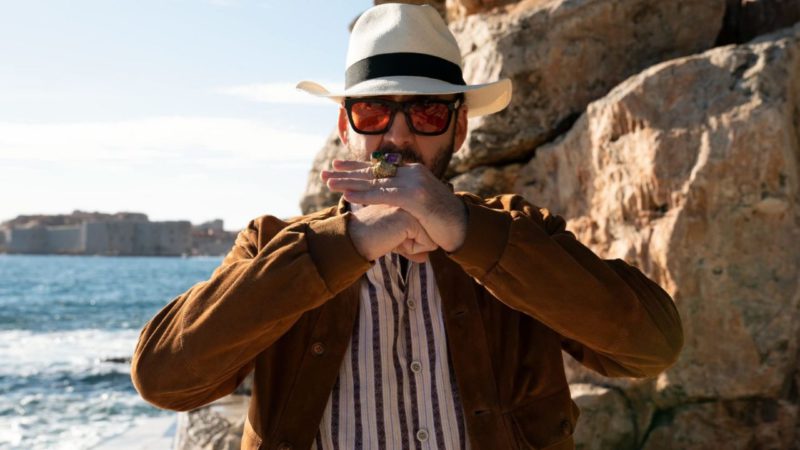 When it comes to streaming platforms, there are a large number of offers available on the market with various options for all tastes. Amazon Prime Video is one of those options that are very attractive with a catalog full of options, with original productions of series, movies, and documentaries.

The month of May is loaded with new releases for Amazon Prime Video Latin America. Among the most notable are the new film by Nicolas Cage where the actor plays himself, called The Unbearable Weight of Massive Talent, and which has Pedro Pascal in the cast. Another of the long-awaited releases is Moonfall, the new action film by Roland Emmerich that features performances by Halle Berry, Patrick Wilson, John Bradley, Charlie Plummer and Donald Sutherland.

The acclaimed medical drama inspired by true events arrives. The story follows Dr. Max Goodwin, a newly arrived doctor who breaks the rules of the oldest public hospital in the United States, although he does so because he has a good purpose: to dismantle so much bureaucracy and improve hospital services.

The Wilds (Season 2) – May 6th The second season of the original Wilds series arrives. In the first season everything takes a turn when we discover that they did not end up there by accident, but have secretly been recruited to participate in a social experiment. The second season will delve into the discovery that these girls are not the only castaways, but that there is also a group of teenage boys also trapped on the island. Carolina Cuervo: Let Nobody Take My Peace From Me – May 6 The actress, writer and comedian arrives with his stand-up “Let nothing take away my peace”. In this “spiritual comedy”, adulthood brings with it challenges that little by little begin to take away the long-awaited “inner peace”. Thus, an ignorance of all that has been believed to be begins and therefore, upon reaching a certain age, each person has asked transcendental questions such as who they are and why they are here. So, that need to “find ourselves” can take us to a place as spooky as meeting the reflection of a ghost in a mirror at four in the morning: all that we don’t like about ourselves.

Read Also  What does Granizo have that made it the most watched movie on Netflix?

The fourth season of LOL: Last One Laughing arrives, the show hosted by Mexican actor Eugenio Derbez, who faces the best comedians in Mexico in a battle with celebrities. This time the competition will be in pairs and the prize will be donated to help a foundation. The participants of the new installment include Alex Montiel, Platanito, Eduardo Videgaray, “El Estaca”, Juan Carlos Casasola, Juan Carlos “El Borrego” Nava, Alexis de Anda, Ray Contreras, Karla Camacho and comedian Isabel Fernández.

The Kids in the Hall – May 13 This Canadian comedy series originally aired between 1988 and 1995, returns with a new season on Amazon Prime Video. The new episodes will feature the return of Dave Foley, Bruce McCulloch, Kevin McDonald, Scott Thompson and Mark McKinney.

Night Sky – May 20 The new series directed by the award-winning Juan José Campanella arrives with a new and captivating science fiction. The story follows Franklin (JK Simmons) and Irene (Sissy Spacek), a couple who discover a buried camera in their backyard that inexplicably leads to a strange desert planet. After keeping the secret for years, they will soon realize that the mysterious artifact hides much more than they imagine.

A remake of the classic sitcom I Love Lucy comes from the hand of Natalia Téllez, who plays a 21st century woman who wants to be in love, but doesn’t want to give up her individuality.

Clarice – May 27 Based on the Silence of the Lambs novel, this series stars Clarice Starling, the FBI agent, who returns to work in 1993, six months after working on a case involving a violent psychopath. .

The Unbearable Weight of Massive Talent – May 6 Nicolas Cage is desperate for a role in a Quentin Tarantino movie. On top of that, he has a very strained relationship with his teenage daughter and is deep in debt. These debts force him to appear at the birthday party of a Mexican billionaire who is a fan of the actor’s work in his previous films, with the intention of showing him a script he has been working on. It features performances by Nicolas Cage, Pedro Pascal, Tiffany Haddish, Neil Patrick Harris, Demi Moore, Sharon Horgan, Jacob Scipio, Alessandra Mastronardi, Paco León, and Nick Wittman.

Read Also  3 movies to start throbbing the weekend on Netflix

Rogue Hostage (Rogue Hostage) – May 11 An ex-Marine tries to save a group of hostages, including his young daughter and a congressman, when armed militants take over his stepfather’s store. It features performances by Holly Taylor, John Malkovich, Michael Jai White, Tyrese Gibson, Lauren Vélez and Christopher Backus.

Karem, The Possession – May 13 During the year of 1983 in the city of Durango, Naro, one of the most feared demons by the Church, took over Karem’s body. Turning her into a malevolent entity capable of controlling everyone around her.

The world faces the possibility of extinction as an unknown force pushes the moon out of its orbit toward Earth. A team of astronauts takes on a mission to prevent the apocalypse.

Needle in a Pile of Time – May 20 Nick and Janine are living happily ever after, until Janine’s ex-husband warps time to try to break them up. As Nick’s memories fade, he must decide what he is willing to sacrifice to keep everything he loves.

Emergency – May 27 Ready for a legendary night out, three college students must weigh the pros and cons of calling the police when faced with an unexpected situation.

The Contractor – May 27 After being involuntarily discharged from the Marines, James Reed joins a paramilitary organization to support his family in the only way he knows how. It features performances by Chris Pine, Ben Foster, Gillian Jacobs, Sander Thomas, and Kiefer Sutherland.

Celine Dion’s concerts postponed to 2023: what will happen for those who already have their ticket