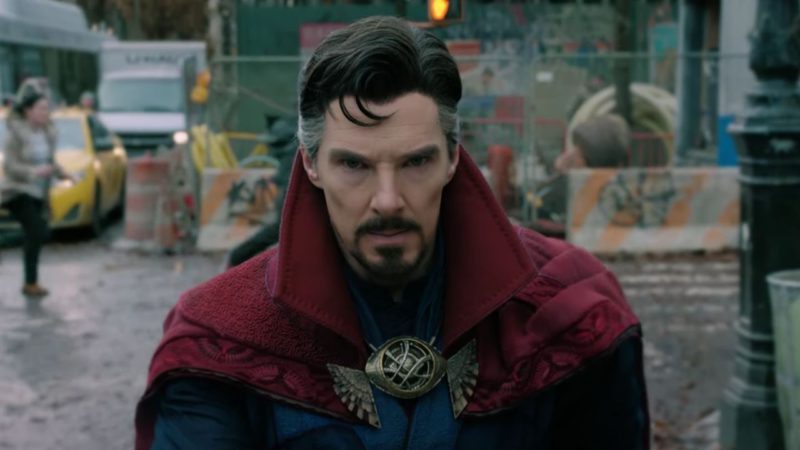 With the release of Doctor Strange in the Multiverse of Madness just days away, it’s a great time for fans to catch up on everything they need to know before embarking on Marvel’s complex Multiverse.

Although this concept began to take shape in the latest installments of the Marvel Cinematic Universe. The actions of several of the characters that will participate in Doctor Strange 2 began to develop long before.

Doctor Strange in the Multiverse of Madness will see the return of several MCU characters like Stephen Strange (Benedict Cumberbatch) and Wanda Maximoff (Elizabeth Olsen), who have had several key scenes in the MCU. That is why below we leave you the list of movies and series that you should see before embarking to see the sequel to Doctor Strange 2.

The first film on the list is Avengers: Age of Ultron (Avengers: age of Ultron), released in 2015. This film constitutes the origin story of Wanda Maximoff, also known as the Scarlet Witch. In Age of Ultron it is revealed where her powers come from (although its origins will be explained later), as well as one of the tragedies that define her path in the rest of the MCU. This film is also important as it introduces Ultron and the army of androids he creates, who will make an appearance again in the Doctor Strange sequel.

The first solo installment of the Doctor Strange character was in 2016, which marked the debut of Benedict Cumberbatch in the role of the Sorcerer Supreme. This is the first MCU movie to delve into the realm of the supernatural, with new characters and concepts that are now momentous in the Marvel Cinematic Universe. The film also serves as an origin story for Stephen Strange, helping to further understand the character’s motivations.

In Avengers: Infinity War we see the great heroes of Marvel working side by side to try to stop Thanos. Here the Master of the Mystic Arts plays a key role, since his abilities allow him to see the future and the chances of defeating the great villain.

Here Doctor Strange joins the rest of the characters in a fierce confrontation where the heroes manage to defeat Thanos, albeit at a very high cost. At the end of this film, the Time Stone is destroyed, leaving Strange without one of his privileged mystical objects, which helps him identify potential threats from reality and thus try to defeat them.

This is the first series from Marvel Studios, starring Elizabeth Olsen and Paul Bettany, who reprise their Wanda Maximoff and Vision characters. This production helps to understand Wanda’s origins and how the loss of Vision leads her to create a parallel reality in order to process her pain.

The series has 9 episodes, and although the entire show is highly recommended, fans need to at least review the last two chapters to understand her transformation into the Scarlet Witch and what her motivation will be in the next instances of the MCU.

Another recommended fiction to watch before Doctor Strange 2 is the animated series What If…? This series allows us to understand how the Multiverse works and how some of the variants of several of the main characters operate. In addition, the appearance of two characters from the series What If…? in the new Marvel movie. One of them is Captain Carter, said character makes her appearance in the first episode of What If…?, while episode 4 introduces the story of Doctor Strange and the variants of it. Other important episodes are 8 and 9, since they introduce Captain Carter and the Strange Supreme to the Multiverse, as members of the Guardians of the Multiverse.

The last recommendation on this list is Spider-Man: No Way Home. The latest installment of the arachnid hero starring Tom Holland. In this film the young Peter Parker asks for the help of Doctor Strange, which leads the Master of the Mystic Arts to cast a spell that breaks the limits of the Multiverse, the consequences of which will unfold in The Multiverse of Madness.