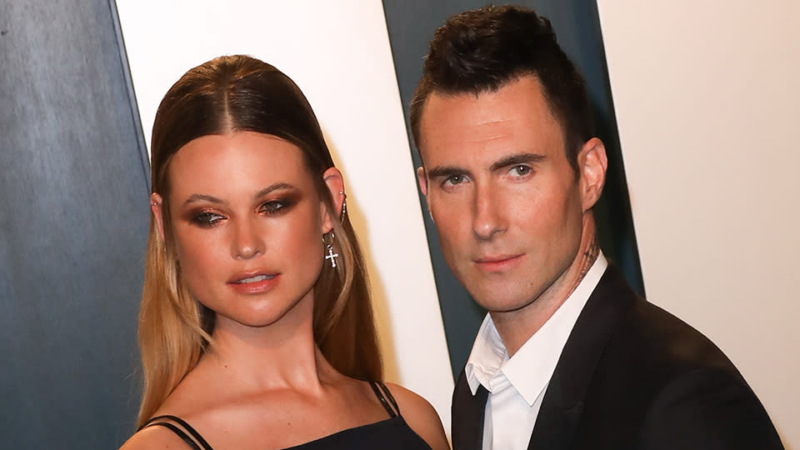 Adam Levine is facing unprecedented controversy over a scandal that has begun on social media and focuses on his alleged infidelities. Alanna Zabel has created the hashtag #ExposeAdamLevine to claim that the Maroon 5 frontman, with whom she worked between 2007 and 2010, sent her a single text message of a sexual nature while he was still romantically involved with waitress Becky Ginos, with whom he had an affair. the romantic relationship between 2006 and 2009.

“One day he sent me a message saying he wanted to spend the day with me naked. I was in the bathroom, but my ex was very jealous and he saw it, and he went into a rage. I assured him that I was sure it was for his then-girlfriend. Adam, Becky, and that it was a mistake. I sent Adam a message to ask if that was the case. Adam never replied…”, he explained in his Instagram Stories.

Alanna doesn’t completely rule out the possibility that it was a mistake, but on the other hand, she also claims that Adam used to make comments about her butt, claiming it was the best in town. According to her version of events, when she tried to talk to him about what had happened, to apparently ask him for an explanation, he began to avoid her and eventually fired her as well.

Read Also  Why did Brendan Fraser disappear from Hollywood?

“When I told Adam, he ignored it, never apologized. He banned me from the next tour and left me out during one of the most devastating moments of my life, all because of a single text message,” he lamented.

In the last few hours, three other women have shared stories about the leader of Maroon 5 that do not exactly leave him in a good place. Two of them have shared the messages that he would have sent them expressing an interest that clearly went beyond friendship. A woman who identifies herself as Maryka has shown a conversation that began with Adam assuring him that he was obsessed with her, and when he responded by reproaching her for being married, he went off on a tangent claiming that his was a “complicated” situation. Another young woman, named Alyson Rosef, maintains that she has much more graphic messages from Adam than the ones she has published so far, but she finds them too explicit to allow other people to read them.

The model Sumner Stroh is the only one who has accused the musician of being unfaithful to his wife Behati Prinsloo, with whom he is expecting his third child, during an idyll they had and that supposedly lasted a year. Now she has decided to break her silence because she felt exploited by Adam, although she also admits that the real victim in the whole situation is Behati.

The singer has only responded to the statements made by Sumner to acknowledge that he crossed a red line by contacting her, but insists that at no time was he unfaithful to the mother of his daughters.