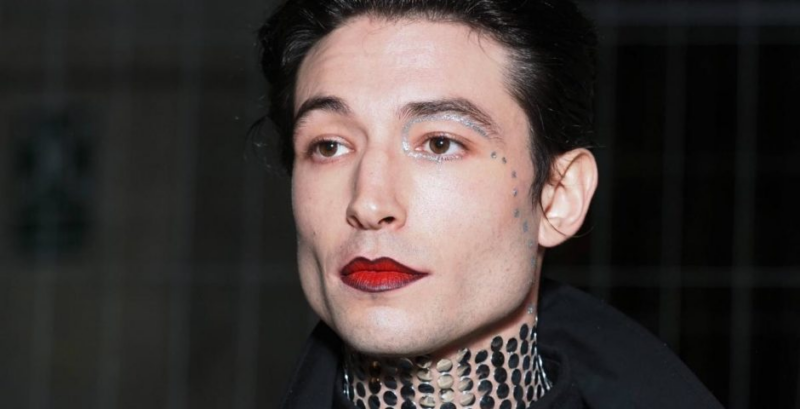 Has Ezra Miller ruined a promising Hollywood career in a short time and at just 29 years old? In just two years, numerous allegations against the “The Flash” and “Fantastic Beasts” star have accumulated. Almost every month, the scandal file is enriched by a new chapter, while at the same time a future engagement in the dream factory becomes more and more unrealistic. A chronology of self-dismantling.p

Origin and the latest news in one

The first allegations against Miller date back to 2020 and are well documented thanks to video recordings of the incident. In the Icelandic capital, Reykjavík, the star got into an argument with a young woman, eventually grabbing her by the neck and pinning her to the ground. “Do you want to fight?” He asked the woman beforehand, who made no attempt to attack in the video. For the first time, the victim of two years ago expressed himself opposite Variety and confirms that she initially understood Miller’s threatening gestures as “fun and games” – “but then they weren’t.”

A conversation had previously taken place between the two, which is said to have confirmed their assumption. For what was supposed to be fun, the saying was said that you could meet in front of the door in two minutes – which the star apparently interpreted as a serious declaration of war.

No career losses at first

Despite this incident, Miller stayed in the Hollywood business. In 2022 he was seen again as Credence Barebone in the latest part “Fantastic Beasts: Dumbledore’s Secrets”. Filming of The Flash, his first solo flick as a DC hero, also took place in mid-2021. After several postponements, the film is currently announced for June 2023. However, Miller’s recent antics from 2022 are certainly not the best advertisement for the comic book spectacle.

For example, an incident from February 2022 when Miller visited a friend in Germany. When she was simply asked not to smoke in her apartment, the star freaked out, Variety quotes the woman as saying. “Probably 20 times” she then asked the actor to leave her apartment and was insulted for it. It was only when she called the police that Miller finally left, and there was not (yet) an arrest.

Only about a month later and at the other end of the world it was time. At a karaoke bar in Honolulu, Hawaii, Miller rioted so badly that an arrest for disturbing the peace and harassment ensued. as the responsible police announced via Twitter.

Another month later arrest number two took place in Hawaii. This time, “a 29-year-old visitor from Vermont was arrested for second-degree assault.” The officers who were summoned identified the attacker as Ezra Miller, the police report said. The star was accused of throwing a chair at a 26-year-old woman after a disagreement. The victim sustained a cut on his forehead.

And only this June the most recent scandal so far: the parents of an 18-year-old have submitted documents to the court in which they accuse the actor of manipulating their daughter for years. This is according to court documents filed in North Dakota and also available in “People” magazine.

“Ezra uses violence, intimidation, threats of violence, fear, paranoia, delusions and drugs to control young Tokata,” the document reads. The parents therefore want to obtain an injunction against the US star. A hearing has been set for July 12 to consider the parents’ lawsuit.