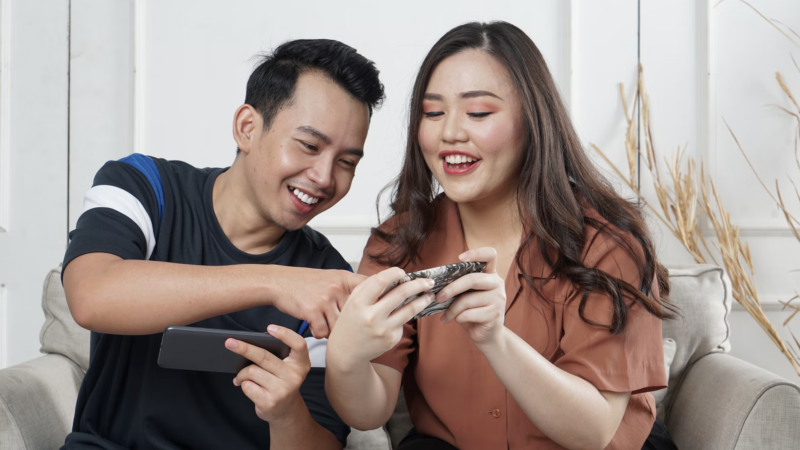 There are over 1 million games in the app store – with that kind of choice you may wonder why you would ever want to look elsewhere. But there are actually many types of games that you can’t find in the app store.

This can be down to a number of reasons – for instance, certain games may rely on specific technologies that cannot be packaged in app form; it may be due to region-locking; or even due to exclusive providers offering their services through other mediums.

In light of this, if you really want to see everything your smartphone is capable of when it comes to gaming, you should spread your wings and explore any number of the alternative services we’ve listed below.

When people think of gaming brands, few would ever think of Netflix – yet the Los Gatos-based company is quietly hoping this will change before long. In 2021, Netflix soft-launched Netflix Games in a bid to provide new experiences to its customers.

While less than 10% of Netflix subscribers have played the few titles on offer at present, that looks set to change. Netflix is reportedly sinking millions into developing new and original video game content for its service, and with a nice array of IPs to draw on, Netflix could emerge as a real contender in the gaming space before long.

Cloud gaming is a novel new technology that holds out the prospect of playing fully fledged console games on your smartphone. To achieve this, cloud gaming platforms use streaming technology. This means that rather than running a game locally on your own hardware, you instead connect to a computer over the internet and play games through a real-time live feed.

The best examples of cloud gaming out there today include Google Stadia and Xbox Cloud Gaming, but Amazon Luna and PS Plus Premium are also developing nicely in the wings.

Our mobile web browsers open up a whole world of classic and modern HTML5 titles. From traditional hotspots of online mini-gaming like Newgrounds, to the latest experiences made available through Chrome’s extension web-apps, this is without a doubt one of the simplest and most effective ways to dive headlong into hundreds of hours of top tier gaming.

Furthermore, using your web browser also facilitates acess to the vibrant world of iGaming, with a host of smartphone casinos readily accessible and optimised for playing through this medium.

From a huge selection of slot titles, to classic experiences like roulette and blackjack, your browser can open the door to a sector that is historically under-served by the standard app store fare.

For social gaming, nothing out there beats Facebook’s integrated gaming platform, known as Instant Games. This service pulls together the cream of the crop of modern casual games from 8 Ball Pool to Words with Friends in one place and with its social toolkit, facilitates multiplayer fun with your friends.

Instant Games even offers the ability to launch game invites from within your Facebook Messenger chats, letting you throw down mid-conversation and challenge your besties to a bout of your choosing.

One of the essential drawbacks of the App store is the number of knock-off titles and shovel-ware on offer which can make finding the truly great games an uphill battle.

Fortunately for iOS users, though, Apple has recently launched Apple Arcade, a curated game service that draws on the best the app store has to offer and serves it up to you for a single fixed monthly fee.

With over 260 titles on display there already, and upcoming collaborations with the likes of Sega for original content in the works, this is one to watch.