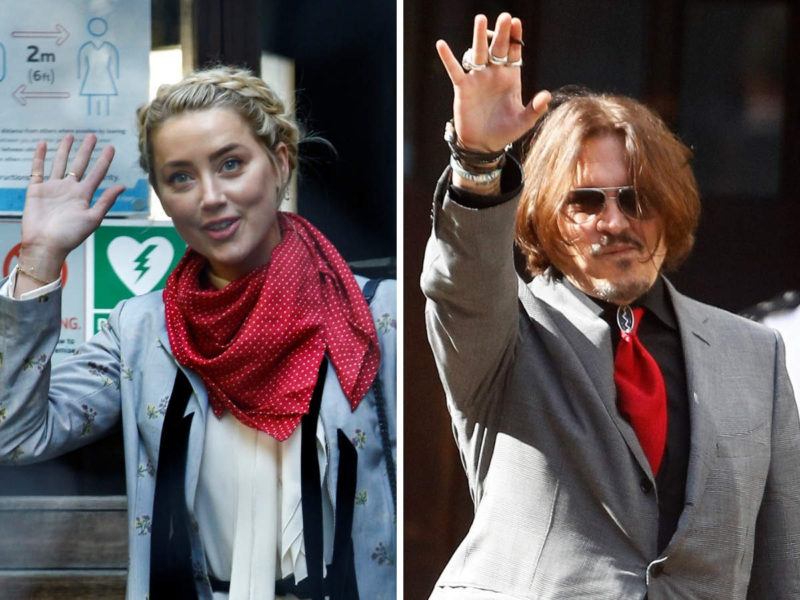 Amber Heard celebrates her 35th birthday amid one of the biggest controversies due to her legal battle against Johnny Depp and her return as Mera in Aquaman 2.

This April 22, Amber Heard is celebrating her 35th birthday amid some of the biggest controversies of her life, not only because of the legal battle she faces against her ex-partner Johnny Depp but also because of the recent confirmation of her return as Mera in Aquaman 2.

Recall that the story between Heard and Johnny Depp is one of the most controversial in the artistic medium, because after just one year of marriage, in 2016 the Aquaman actress requested a divorce and a temporary restraining order against Depp, claiming that the actor raped her when he was under the influence of alcohol.

And although at first, this famous couple reached an agreement in which they both assured that there was never an attempt of physical and emotional harm, the 35-year-old actress broke this ‘commitment’ in December 2018, assuring that she was a victim of domestic violence.

In response to Heard’s statements, Johnny Depp filed a lawsuit against the actress for defamation. A legal lawsuit that has not only affected the public image of both artists but also led to Depp losing several projects including Fantastic Beasts 3 one of the most talked about.

After the interpreter of “Jack Sparrow” lost his leading role in this production, it was when a strong campaign was created against Amber Heard, where the public asked that the actress also be fired from Aquaman 2.

Is Amber Heard returning to Aquaman 2?

And although there was a strong rumor on social media that the American actress would be replaced by “Games of Thrones” star Emilia Clarke in her role as Mera in Aquaman 2, now this theory has been discredited by a singular publication by Heard on his Instagram account.

Amber Heard had recently made a peculiar publication in which she refers to her return in the second installment of Aquaman. A publication that has not only brought back the great scandals of this actress but has once again aroused the fury of thousands of Internet users.