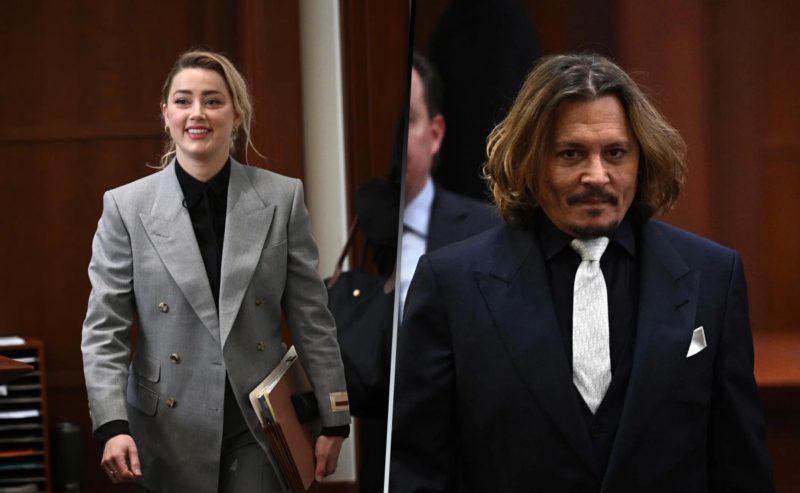 Starting this Tuesday, April 12, until the next eleven weeks, the trial for Johnny Depp’s defamation lawsuit against Amber Heard will be taking place. The actress has presented her part in the case, and her lawyers have called the actor a “monster” for addiction problems during their relationship.

The two actors are suing each other over accusations of defamation, due to the article published in the Washington Post in 2018, in which Amber Heard said she was a “victim of domestic violence”, although she never mentioned Johnny Depp in her column. The ‘Pirates of the Caribbean’ actor’s lawyers began their part by claiming that Heard’s words had all been lies.

It might interest you: Johnny Depp’s lawyers claim that Amber Heard invented everything

And they went on to admit that the actor has had a “devastating” effect on their career, following allegedly false accusations from the ‘Aquaman’ actress. Now, Amber Heard’s attorneys have responded. “He loved the side of Johnny that we see in the movies, charismatic, charming, generous, he’s the man he fell in love with,” Elaine Bredehoft said of Heard.

Read Also  'The Walking Dead' comes to an end: Where and when to see the last episode of season 11B

It might interest you: Amber Heard shares an emotional message for Johnny Depp

Supposedly, the lawyer mentions alcohol, drugs, cocaine, ecstasy, and hallucinogenic mushrooms as some of the substances that caused a change in Johnny Depp’s attitude. “It was during these episodes of rage that he lashed out verbally, psychologically, physically and sexually,” Bredehoft explained.

The lawyer mentions once, in March 2015, when Johnny Depp was recording the fifth movie of “Pirates of the Caribbean”, where the actor violently attacked the actress. Also, Amber Heard hid the bruises with makeup. The evidence would have been presented before the jury, where she is seen with “bruises, split lips and torn hair.”

For his part, Johnny Depp’s lawyer, Benjamin Chew, alleged that the accusations of abuse by the actor towards Heard would have been to take advantage of the MeToo movement, and create sympathy with the public, and thus grow his career, which was about to release ‘Aquaman’.

In the past, Jonny Depp acknowledged having used drugs and alcohol, but said he had never hit a woman, even his ex-partners Vanessa Paradis and Winona Ryder supported these statements. The trial has just begun, and over the next eleven weeks the evidence will be gathered to determine who of the two wins the case.