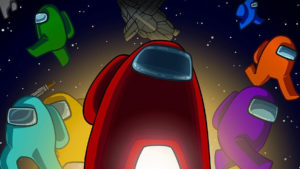 “Among Us”: party game is a huge success

There is not a day when the big Twitch streamers don’t play the funny multiplayer game. We’re talking about ” Among Us “. Even if the game has been around since 2018, it has only really picked up speed in the past few months. German streamers like Unge, Vleck, Saftiges Gnu, Anni the Duck, and many more are already experienced players in the game. But also international streamers like PewDiePie, Corpse Husband, and Valkyrie aka Rae are professionals when it comes to who is the imposter?

“Among Us”: What is the game about?

With ” Among Us “, the American game developers at Innersloth have brought an entertaining and amusing survival game onto the market. For the game, you need between four and ten players. Whereby it’s more fun (and the laps go longer) when it’s more. The situation is as follows:

In the rounds, the players are not allowed to talk to each other, only if a meeting is called (if a corpse has been found)

The big question is whether the crewmates then find out about the imposter or the imposter, or whether they all die in the end. It’s a lot of fun and really funny things happen in the game rounds. ” Among Us ” is available for Android, iOS, Windows, Xbox One, and the Nintendo Switch. The cost of the game fluctuates (as there are often discounts and cool promotions), but between 3 and 5 euros. The game is currently free of charge on mobile phones.

“Among Us”: THAT offers the new update!

The game developers at Innersloth have been working on a new map for months. Now the new Airship card is here and the fans are celebrating it. In addition to the new and huge map, there are new updates for the little characters that you can play. You have the option of giving your crewmate new headgear, a new outfit or a new hairstyle. There are also new tasks and the imposter can kill their spaceship colleagues in an even more creative way. “Among Us” is growing in popularity every day and even broke a record a few months ago. A whopping 500 million active players play the game. Wow! The detective game really is something for everyone and a funny idea for your next game night.

Netflix “The Witcher” Season 2: Over and Over!

“To All The Boys I’ve Loved Before”: Spin-Off With a surprising leading role