And Just Like That: Cast Actresses Who Are Very Good Friends In Real Life 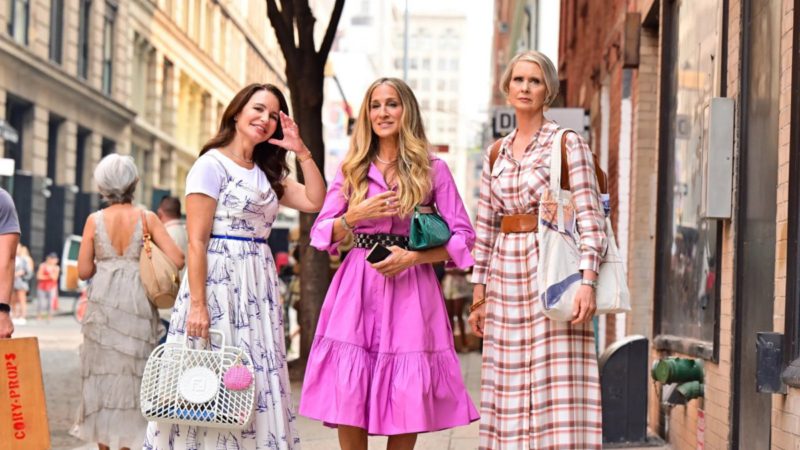 Originally broadcast from 1998 to 2004, the six seasons of Sex and the City were followed by two feature films in 2008 and 2010. Fast forward 12 years later, and fans still can’t get enough of Carrie, Miranda, Charlotte and Samantha (and of course , of his endless sexual adventures). Original cast members Sarah Jessica Parker, Cynthia Nixon and Kristin Davis returned as their iconic characters, but sadly Kim Cattrall did not reprise the role of fan-favorite Samantha.

Part of the show’s appeal has always been the unwavering closeness between the four women through thick and thin. But are they all as friendly as they seem on television? It seems that yes, the cast of And Just Like That gets along in real life.

Sarah Jessica Parker, aka Carrie, and Cynthia Nixon, who plays Miranda, go way back. All the way back to his teens. At the age of 14 and 13 (respectively), SJP and Cynthia starred together in a television movie for the American network ABC called My Body, My Child.

But everything does not stop there. Kristin Davis, who plays Charlotte, seems to get along with both Sarah Jessica and Cynthia. At least, that is what we see on social networks very often. She has openly supported both actresses. For example, she defended Cynthia’s political campaign, in which she tried to become governor of New York, and comments very frequently on Sarah’s post.

Of course, there is one notable absence from And Just Like That: Samantha’s actress, Kim Cattrall. A big problem that has come up over the years is salary. Executive producer Michael Patrick King confirmed on the Origins podcast that Sarah Jessica earned more than the other cast members during the six-year series.

Rumors were swirling about a Sex and the City 3 movie, and in an interview, Sarah Jessica said she was “disappointed” that a script for another story was left on the shelf. Much anger was directed at Kim after the news that it wasn’t happening, who simply said that she didn’t want to star in another SATC movie. Things settled down for a while, until the 2018 passing of Kim’s beloved brother, but rumors of the feud have continued ever since, driving a wedge between her and the 3 actresses who did kick off the HBO Max revival project.

Read Also  THE CROWN': THE FIFTH SEASON WILL BEGIN FILMING IN JULY

Chicago Fire Season 11: Everything we know so far about the upcoming season