And Just Like That: What We Always Suspect About The Money Actresses Made 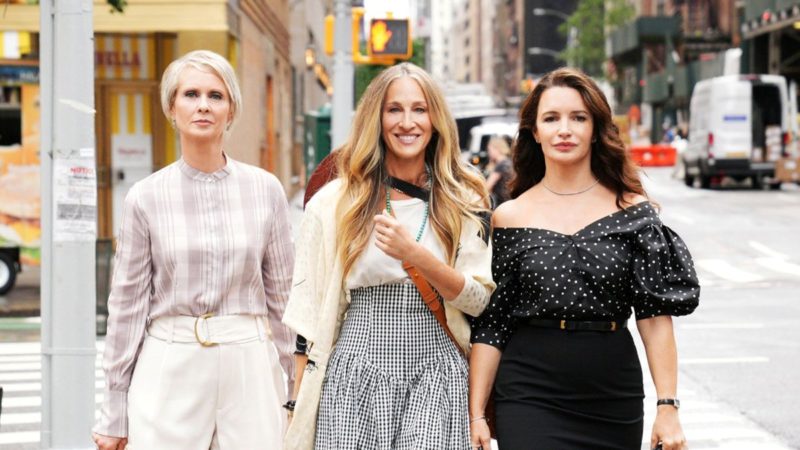 In December 2021, HBO Max premiered the sequel series And Just Like That, which explores the lives of Carrie, Miranda and Charlotte (sans Kim Cattrall’s Samantha Jones) as they embark on a new decade of their lives. Directed by Michael Patrick King, And Just Like That shocked its audience in episode 1 when Carrie’s husband, Mr. Big (Chris Noth), dies of a heart attack. With stories of life-changing revelations, divorce, alcoholism, and age discrimination, And Just Like That has received mixed reviews from viewers.

Now, it looks like the Sex and the City reboot has more in store for girlfriends. HBO Max has officially ordered season 2 of And Just Like That. The series, which concluded on February 3, remains HBO Max’s most-watched series. Parker, Nixon and Davis are scheduled to return for the second installment.

At this time, And Just Like That Season 2 has not yet announced a release date. Speaking about the renewal, everyone reveals that he is excited to tell a new batch of stories for the characters, but currently the main news is based on the salary of the stars of the show.

The three main actresses from the cast who returned to reprise their roles are being rewarded with a nice number for And Just Like That. While Sex and the City fans undoubtedly felt Kim Cattrall’s absence from the reboot, Sarah Jessica Parker, Kristen Davis, and Cynthia Nixon all expressed a lot of excitement about HBO Max’s successful revival (with such numbers, it couldn’t be any less).

In fact, in addition to protagonists, the 3 main actresses served as executive producers of And Just Like That. If fan reactions weren’t enough to get the Sex and the City cast excited, their huge salaries will surely do just that. It has been reported that Sarah Jessica Parker, Kristen Davis, and Cynthia Nixon earned more than $1 million per episode of the reboot.

This massive payday even usurps the paychecks the Friends cast received in later seasons. The six stars of Friends received $1 million dollars per episode during seasons 9 and 10 of the show. Did HBO’s revival of Sex and the City live up to fan expectations? Clearly, there was a lot of interest in the Sex and the City reboot after the numbers came out.

5 Ways To Unwind On The Weekend