Angelyne: Everything you need to know about Emmy Rossum’s new series on Peacock 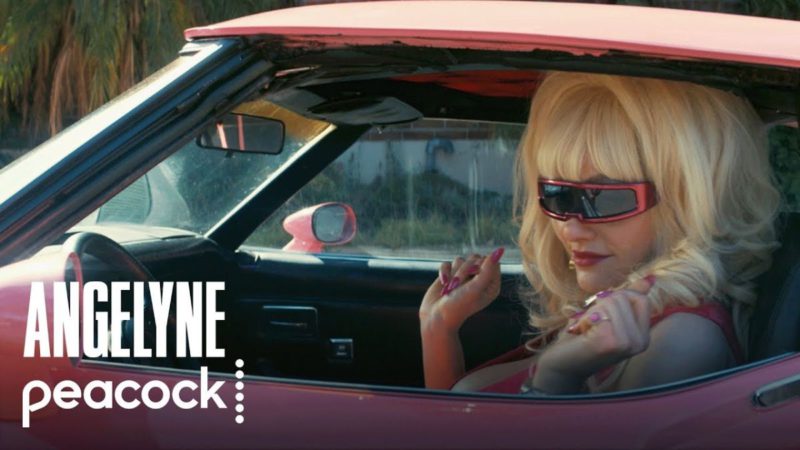 Angelyne and her life full of pink and eccentricities is the central axis of this new Peacock series and will be played by Emmy Rossum. In addition, it will have Angelyne herself as a producer, so the details will be well studied to be as faithful as possible to the biography of this legendary figure in the United States.

Aboard a pink Corvette, this voluptuous blonde-haired woman rose to fame thanks to an advertisement she placed on one of the most important streets in Hollywood, Sunset Boulevard. On this billboard, she only said “Angelyne Rocks” with no more information than an image of her exuberant figure on top of a vehicle with a very suggestive pose.

The curiosity to know what the ad was about, together with a good marketing strategy with several products with the face and figure of this young woman, gave life to the fame that Angelyne quickly achieved and that now Peacock has turned into a series, into the skin of Emmy Rossum, who had an impressive transformation to look as much like this very special character as possible.

Read Also  The Umbrella Academy: What We Suspected About Klaus's Death And The Comics

Angelyne, baptized by People magazine as “the pink queen of the universe that glows in the dark” captivated men and women who can still see her walking through the avenues of Los Angeles, in an interview on the occasion of the series she referred to Rossum as her “Hollywood fairy godmother”. It will be a trip back in time for those who still remember the controversy of his life, how he got his fame, UFOs, Corvettes and the pink color that surrounded this public figure and everything that his private life hides, starting with his real name. and place of birth.

Angelyne trailer is out on Peacock

In eight episodes, the public will be able to learn about the life of this unique woman whose image was captured forever on the billboards of a city and who have even become an iconic reference from a bygone era. Little by little, the mystery about the identity of this celebrity who was arousing the curiosity of the public and the media of an entire city will be revealed.

For Emmy Rossum, whom we remember with her role as Fiona Gallagher for nine seasons in the drama series “Shameless”, it has been quite a challenge to play this bold and daring woman.

“I am so excited to be able to share that the incarnation of Los Angeles, the original Queen of the Universe, is the executive producer of our show!”