Anne With An E: Phrases that failed to convince those responsible for season 4 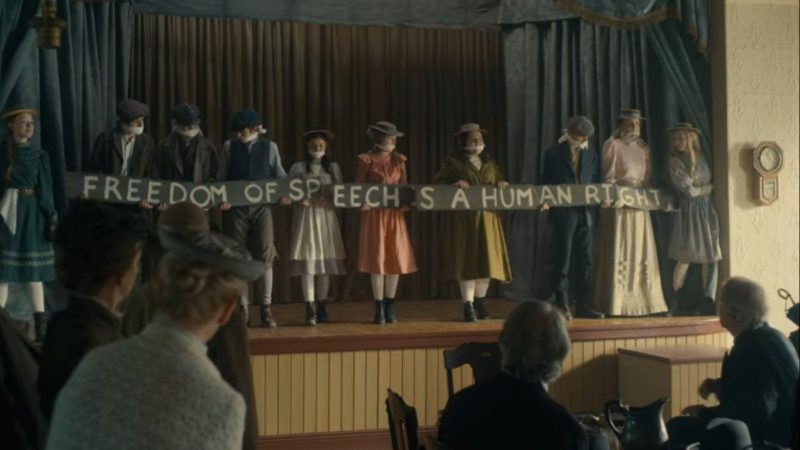 It is a public and notorious fact that the magnificent Canadian series Anne With An E based on the stories of “Anne of Green Gables”, written by Lucy Maud Montgomery in 1908 was canceled in its third season with very little chance of returning for very different reasons. to the inspiring message of his story about self-improvement, friendship and empathy.

The darkest moment for fans of the series occurred at the end of November 2019, when the streaming giant Netflix announced in a joint statement with the Canadian public television radio CBC (which has the rights to broadcast the series in its country. of origin) the release date of the third season, but at the same time it would be the last of the show produced by Northwood Entertainment and created by Moira Walley-Beckett.

Once both companies released the bad news, it was known that the decision to cancel Anne With An E was for a business issue very far from the romantic essence of the series. According to information from specialized media, it was canceled as a result of the break between CBC and Netflix.

In short, the executives of the Canadian channel concluded that they were benefiting the international platform a lot and decided to terminate the deal without taking into account the consequences that the producers of the program and their followers would suffer.

It was thus that Anne With An E entered the infamous group of tragic cut-out show stories in their prime. This co-production between Netflix and CBC fell apart not because of the ratings, but because the networks broke things. They failed to see that the show is an excellent adaptation that stays true to the Anne of Green Gables source material, but also brings a new and modern perspective that touches audiences around the world.

One of its greatest attractions, which will undoubtedly hook future generations who have the opportunity to see the three seasons that were produced, are the brilliant quotes that its characters make during the narration, especially Anne. They are sincere, funny, heartbreaking and crude phrases. The kind of quotes that prove why Anne With An E should be kept as a collector’s worthy dramatic gem.