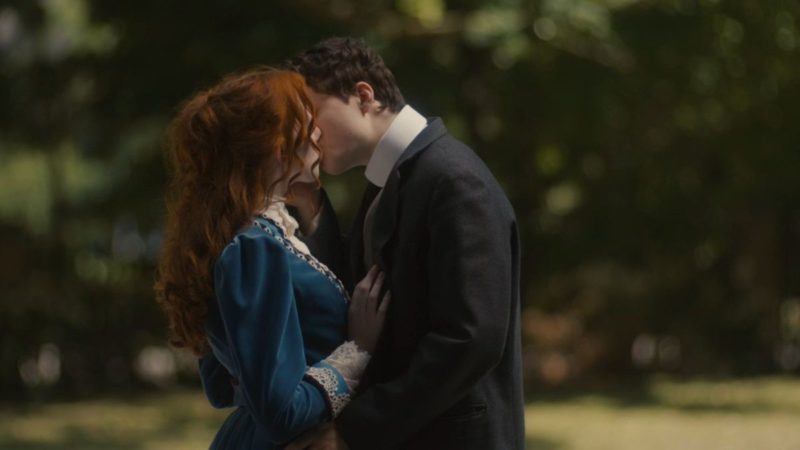 Anne With An E from the beloved Anne of Green Gables book series is adored by many fans. While the show may not follow the books as closely as some would like, Anne With An E does give a contemporary take on the classic story. One aspect at the forefront of many fans’ minds is the relationship between Anne Shirley Cuthbert and Gilbert Blythe, a classmate and friend, maybe more? Anne and Gilbert’s relationship is a good one, so it’s easy to understand why fans care so much about the two characters.

It definitely wasn’t love at first sight. At least not for Anne. Though her first meeting was relatively pleasant, considering the circumstances. At the time of their encounter, Anne was being bullied by another child. Gilbert then walked over and distracted the bully from her, talking to him and reminding him that they had to go to school. The thug then backed away. Anne, probably embarrassed, walked away from Gilbert and Gilbert went after her. Then they entered the school together.

Anne no longer fits in with the other girls in her class. So when some of them tell her that a girl named Ruby had a crush on Gilbert, she vows never to talk to him. And she does her best to ignore him. Gilbert, however, does not understand what is happening to Anne. He tries to pass her a note in class, which she also ignores. He then kneels next to her and pulls her hair to get her attention. Unfortunately for Gilbert, he makes the mistake of teasing her about her red hair, something Anne feels very insecure about.

Despite this tumultuous start, Anne and Gilbert’s relationship in Anne With An E eventually develops into a more amicable one. They become so friendly, in fact, that during Season 2, when Gilbert is at sea, the two exchange letters.

Actress Amybeth McNulty, who plays Anne in Anne With An E, spoke about the relationship between the two characters. According to her, Anne is “still a child” and does not fully understand what is going on between her and Gilbert. Gilbert, who is a little older than Anne, according to the actress, “perhaps understands her emotions a little more than Anne.” Anne does not see Gilbert as a romantic relationship, although according to the actress there is a sixth sense that unites them.

Sounds like love! Or at least something similar. There’s no way of knowing for sure what the future holds for Anne and Gilbert, but one thing is for sure: fans will be hoping that the series on Netflix picks up again after its cancellation.

Fear The Walking Dead: The real reason the spin-off isn’t on Netflix