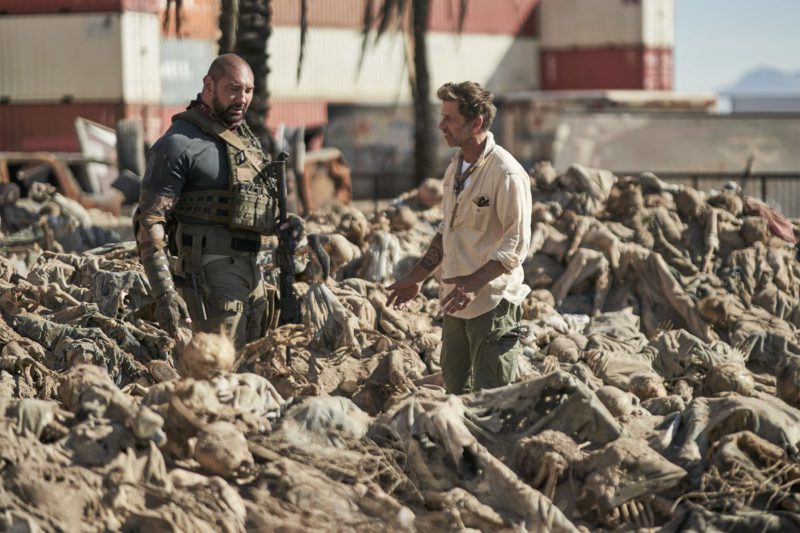 The end of The Army of the Dead by Zack Snyder, could give rise to a new franchise, or not.

After a few years away from the media spotlight, it seems that 2021 has become the year of Zack Snyder, because not only has he managed to release his long-awaited version of Justice League, but his first zombie adventure of the hand of Netflix, The Army of the Dead, which could give rise to a franchise, or not.

[SPOILERS of The Army of the Dead]

Those who have already seen Snyder’s film will have noticed that The Army of the Dead has two endings, one starring Dave Bautista and his daughter, and another with the philosopher Vanderohe, which is the one we are going to focus on. You may be the one with the key to a new zombie saga.

ALSO READ Army Of The Dead: Netflix Unveils First 15 Minutes Of The Film!

After the government has dropped the atomic bomb on the city of Las Vegas, we see Vanderohe come out of a trapdoor in the ground loaded with money, which would be explained by the fact that Dieter, before dying, locks him up in the casino safe, thus avoiding radiation damage. Once out of Las Vegas, in the desert, Vanderohe finds a car that takes him to an airport where he rents a private jet. Once on the plane, Vanderohe begins to feel ill and just when the pilot announces that they are going to land in Mexico City, he himself finds a bite on his arm.

A final scene that could mean that The Army of the Dead could start a saga with the next movie with Vanderohe becoming Alpha and taking over Mexico City or, if Snyder’s zombies work like the ones in The Walking Dead, we could see the graduated in philosophy avoiding this infection by cutting his arm. We will have to wait to see what ideas both Snyder and Netflix have.