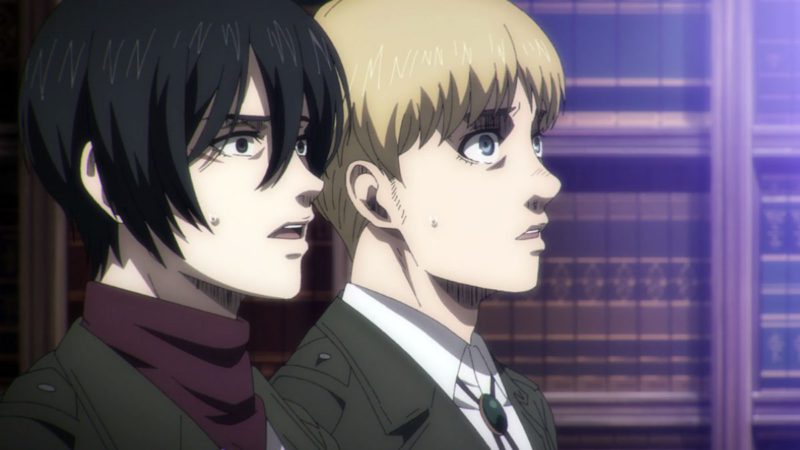 Attack on Titan has entrenched itself as one of the most popular anime series in history since its debut in 2013; however, the series will end after the current fourth season.

The first half of the last season ran during December 2020 and March of this year, and the second half has now been announced, with the news made after a concert honouring the program’s music.

We also know that the first episode of the last stretch of episodes will be named Danzai, which means Sentencing or Judgment in Japanese.

The show’s finale is building up to be spectacular, and we have gathered all the information for the show’s long-awaited ending down below.

The previous plot of Attack on Titan

“Attack on Titan” chronicles the post-apocalyptic exploits of a core team of teenage heroes who live within walled-off sanctuary cities that protect themselves from the monstrous “Titans.” When Eren Yeager’s mom is killed in an attack, he becomes the main protagonist, and the rest accompany him on his rage-filled mission to kill as many Titans as possible. With the simple idea of growing to intricate mythology and huge dimensions of action, the series has garnered considerable critical acclaim and a dedicated fanbase that spans the world.

The teaser clip for Part 2 promised that the anime series would resume “this winter” with episode 76, and we already learned that the last batch of shows will debut in January 2022, with Danzai serving as the first episode. As per Polygon.com, fans in the United Kingdom will view the final season on Crunchyroll and Funimation on the same day as in Japan.

Showrunners, Crew, and More for Attack on Titan’s Final Season

“Attack on Titan: Final Season” is directed by Yichir Hayashi and Jun Shishido, stepping in for Masashi Koizuka and Tetsur Araki, respectively. Yasuko Kobayashi was replaced as writer by Hiroshi Seko, while Kyji Asano was replaced as character designer by Tomohiro Kishi due to a shift in the studio’s production season. Masafumi Mima directed the film, the soundtrack was written by Hiroyuki Sawano and Kohta Yamamoto.

The cast of the last season of Attack on Titan

Bryce Papenbrook will be playing Eren Jaeger for the last time in the English dub. Mikasa Ackerman will be voiced by Trina Nishimura, with Armin Arlert, Reiner Braum, and Zeke Jaeger played by Josh Grelle, Robert McCollum, and Jason Liebrecht.

Read Also  Which Bond Movies Should You Watch Before Seeing No Time to Die?

Season 4 trailer for Attack on Titan

Following the end of part one, a brief but lovely teaser for the next installment was published, with the passionate piano music implying that it would be a sad one.

In Attack on Titan, who is the primary character?

The primary character and protagonist of Attack on Titan is undeniably Eren Jeager, a youngster who vows vengeance on the Titans when they demolish his village and murder his mother. He later joins the military alongside boyhood friends Mikasa Ackerman and Armin Arlert, and the three form the Survey Corps, battling and researching Titans.

Eren goes through a nearly opposite character arc despite his heroic beginnings, committing more violent actions until he becomes more than just an anti-hero. He declares his desire to destroy all countries outside of Paradis by the conclusion of season four, part one, and becomes the series’ ultimate adversary.

The actual release date for Attack On Titan Season 4 Part 2 is January 9, 2022. Studio MAPPA announced earlier in 2021 that the Final Season would feature a Part 2 that is a split-cour anime season. But why wait until the winter of 2022?

There is a reason we knew the Final Season’s second cour would be a split-cour from the start. In April 2021, the Kingdom Season 3 anime was supposed to be on rerun and that TV program originally aired in the same time slot as Attack On Titan on Japanese television. But, in this case, what does a Winter launch date imply? When the anime industry refers to winter in the present year, it usually refers to Winter 2022, which is January 2022. Attack on Titan Final Season Episode 76 is currently in development and will appear during the Winter 2022 anime season, according to the data available on the FUNimation news site.

The first season was launched in December 2020 due to the 16-episode duration of the first season. Similarly, many anime fans predicted that Part 2 of the season finale should also contain about 16 episodes, and episode 76 of Attack on Titan would air on December 2021. Part 1 was explicitly promoted to be published in Fall 2020, despite most of the episodes debuting in Winter 2021, even though such release dates are uncommon in the anime business. Because FUNimation has said that Attack On Titan Season 4 Part 2 would be released in Winter 2022, it was assumed that it would debut in January 2022.

Let us hope Studio MAPPA goes out on a high note with Attack On Titan: Final Season Part 2. Keep an eye out!

The Good Karma Hospital Season 4: Cast, Plot and Everything we know