Attack on Titan: When, where and what time to see the last chapter of ‘Shingeki no Kiojin’ 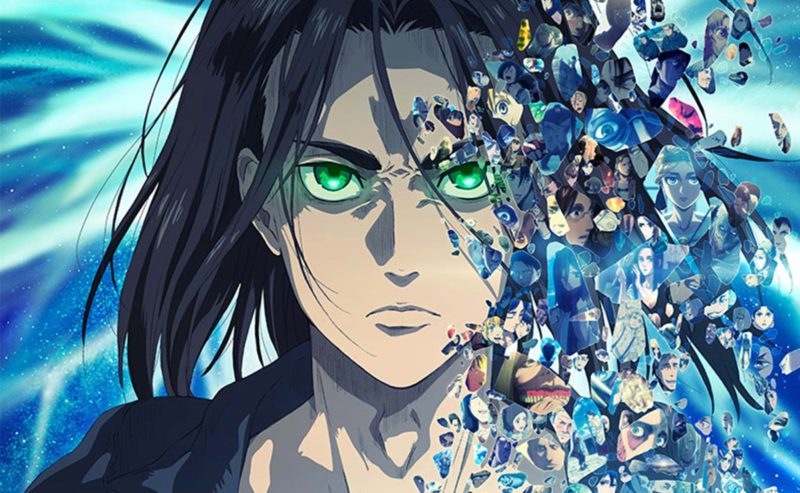 After a year of uncertainty about whether ‘Attack on Titan’ would really come to an end, the time has come for the premiere of the last chapter of the final season of ‘Shingeki No Kiojin’, and despite the fact that many do not want it to happen, it is inevitable that the story of the titans has a closure. Even Eren Jeager himself is prepared to end the story for him.

After nine years of having debuted on the small screen as an adaptation of the homonymous manga by Hajime Isayama, the story of the titans in Paradis and the will of the Exploration Corps to defend and protect its people from said creatures, it will announce its outcome . In it, we will witness where the journey of Eren Jeager reaches, who for several years has been the protagonist of this intense story.

It may interest you: Attack on Titan comes to HBO Max with 3 anime movies

The final episode of ‘Attack on Titan’ is the 11th of the second part of the fourth season, and is scheduled to hit Japanese television and later, the Crunchyroll catalog, on April 3. The beginning of this month will be the farewell to one of the most emblematic anime of the last year and even of the last decade, since this title has been broadcast since 2013.

Within the Mexico region, this latest chapter of ‘Shingeki No Kiojin’ will premiere on Crunchyroll with Spanish subtitles at 2:45 PM; while, in Colombia, Peru, Panama and Ecuador, it will arrive an hour later. In the case of Venezuela, Bolivia and Puerto Rico, it will be launched at 4:35 PM; in Argentina, Chile, Paraguay, Brazil and Uruguay, one hour later and in Spain it will be until 9:45 PM

The synopsis and title of the last chapter of the final season of ‘Attack on Titan’, reveals that we find ourselves with an outcome in which, despite the clashes that have been seen in recent seasons within Paradis and the various walls that the city has, there is a kind of hope.

“The dawn of humanity” is the name of the final chapter of this popular anime, which reflects a little hope in its story in the style of: there is light at the end of the tunnel. In addition, it seems that it makes reference that after the world was under fear of the titan catastrophe, they will finally come out again, as a kind of rebirth of all people and people.

It may interest you: Interesting: 6 Movies on Netflix based on real events

On the other hand, the synopsis of the Japanese animation states: “They saw it that day. What they talked about that day. What they chose that day. All this was what he wanted” A very ambiguous message, but that seems to be related to Eren Jeager, since he is the protagonist of the story and as such, it could be insinuated that, in order to save humanity, he has done a great sacrifice.

“I will accept the consequences”: Will Smith resigns from The Academy after controversy with Chris Rock