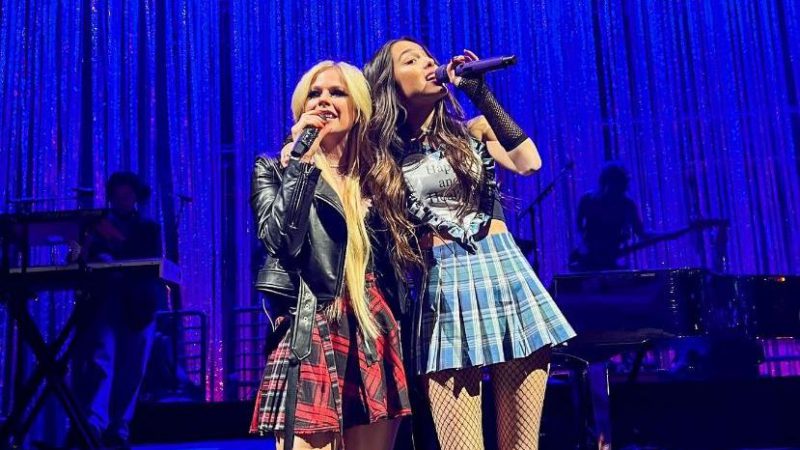 Spectators who attended Olivia Rodrigo’s concert in Toronto last Friday evening were treated to quite a surprise: none other than Avril Lavigne took the stage to perform a duet Complicated, her 2002 mega-hit, with the 19-year-old American singer!

“I’m so, so, so lucky because she came here tonight to sing with me,” a visibly impressed Olivia Rodrigo said as she introduced Avril Lavigne at Massey Hall in Toronto.

Voted Woman of the Year 2022 by Billboard, Olivia Rodrigo began her first world tour on April 2. A year after the release of her very first album, the young singer-songwriter is already preparing her second album. Released in May 2021, Sour had risen to the top of sales in the United States thanks to hits like Good 4 U, Deja Vu and Drivers License.

For her part, Avril Lavigne launched on February 25 Love Sux, her seventh career album which includes 12 songs, including Bite me and Love It When You Hate Me. The 37-year-old singer-songwriter was also to give the kick off of her international Bite Me tour last night in Laval, but she had to postpone this show to May 7 due to cases of COVID-19 within her team.