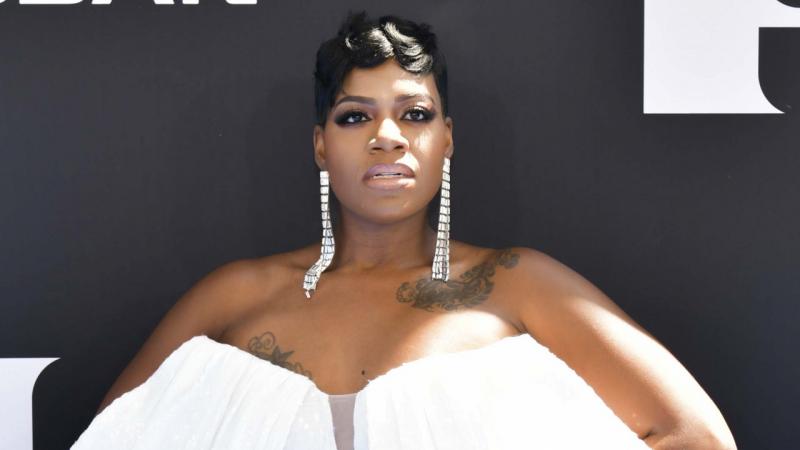 Fantasia Barrino gave birth to her first child with her husband Kendall Taylor, a baby girl on May 23. After a month-long stay at the hospital, the couple bought the little girl home on June 23. The singer shared the news with her followers on Instagram with a cute photo of Keziah in a pretty little white onesie paired with white matching booties. Barrino captioned the post “Welcome Home @keziahlondontaylor. The same picture was also posted on the newborn’s account along with this hilarious caption, “I Did it!!! I knocked NICU out of the park.” 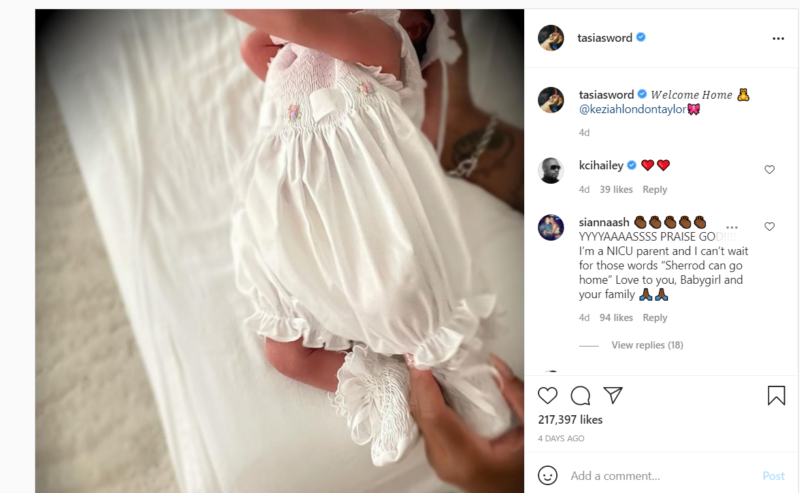 The 32-year-old singer has kept her fans updated on her pregnancy through an Instagram post. She has earlier revealed that Keziah was born a bit too early, since the birth for one month the child was kept in NICU, that is why it took baby Keziah one month to come home. “Keziah was born a little too early, but she is a fighter just like her Mother,” Fantasia wrote on her Instagram a few days after her daughters’ birth. The singer has also revealed the first of her child after she was born, with both the mother holding the daughter covered in black with white polka doted blanket close to her chest, with the caption “Almost Home”. The Baby’s face was not revealed to the public by the couple yet.

Read Also  What Kylie Jenner Looks Like Without Makeup?

The singer was obviously overwhelmed with her daughter coming home as she posted a story on her Instagram with a picture of the couple’s home decorated to welcome the little girl to her new abode with the message “@yardypartydesigns Thank you so much for making me cry LoL!!! My baby deserved it because she kicked the NICU BUTT”. 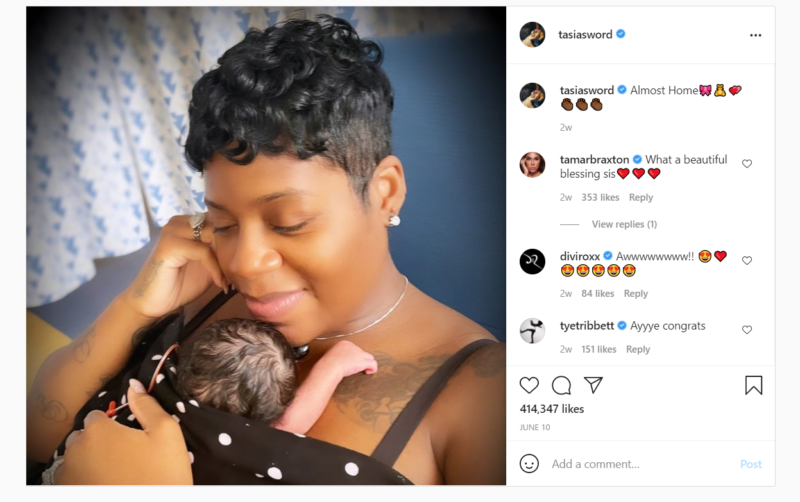 The American Idol star has two children, Zion Quari (19) and Dallas Xavier(9) from her previous relationships. Keziah is her first child with her husband, Kendall Taylor (who also is the father of Treyshaun) whom she married in the year 2015. The couple announced their pregnancy through the star’s Instagram live where they also talked about Barrino’s fertility issues, “Keep trying, and you will conceive” she said before revealing that she is pregnant in life. After which, Taylor, the dad of little Keziah gave a kiss to the child in her belly saying “Listen to me, a little Taylor baby on the way in these streets.”. The singer in December also appeared on The Tamron Hall show, where she opened up about the journey leading to pregnancy. She told about the time she saw a doctor who informed her that one of her fallopian tubes was closed, after which the couple decided to take a break and, in her words, “let God be God.” She also added that “I kid you not, I forgot about it. And then I woke up one night, and I was just like, ‘Something’s different.’ “. She also shared how excited she was when she took six pregnancy tests and when the result came back positive she threw one of them at her husband excited.

The three-year journey the couple went through had a happy ending with Keziah arriving home safely.