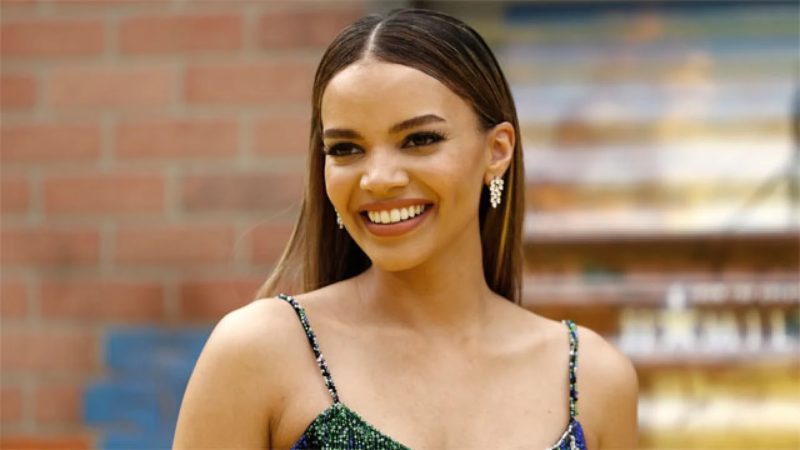 ‘Batgirl’ star Leslie Grace is “proud” of the “love, hard work and intent” of the cast and crew of the $90 million film after it was scrapped by Warner Bros.

The 27-year-old actress would play the heroine in the film, whose filming has ended, however, studio executives have made the decision to suppress her due to a “strategic change” in the company.

Through her Instagram account, Leslie Grace has admitted that she feels “blessed” to have worked alongside “big stars” on the film ‘Batgirl’, which also starred Michael Keaton, Brendan Fraser, J. K. Simmons, and Jacob Scipio – and has thanked the heroine’s fans for allowing her to put on the cape.

“Dear family! In the wake of the recent news about our ‘Batgirl’, I am proud of the love, hard work, and intention that all our amazing cast and tireless crew have put into this film for seven months in Scotland. I feel blessed to have worked among big stars and forged lifelong relationships in the process. To all the ‘Batgirl’ fans – THANK YOU for the love and trust, for allowing me to put on the cape and become, as Babs said best, ‘into my own *** heroine!’ #Batgirl for life! (sic)”.

Recently, Warner Bros. announced the decision to scrap the release of ‘Batgirl’ and ‘Scoob! Holiday Haunt!’, via a spokesperson: “The decision not to release ‘Batgirl’ reflects the strategic shift of our direction in relation to the DC universe and HBO Max. Leslie Grace is an incredibly talented actress and this decision is not a reflection of her performance. We are incredibly grateful to the filmmakers of ‘Batgirl’ and Scoob! Holiday Haunt and their respective casts and we look forward to collaborating with everyone again in the near future.”

‘Batgirl’, directed by Adil El Arbi and Bilall Fallah, would premiere on HBO Max and be considered for distribution in theaters.

Speaking earlier about his role as commissioner James Gordon in ‘Batgirl’, Simmons, 67, said the film was a “delight” and indicated there would be many “domestic” scenes with his daughter on screen, Barbara Gordon, ‘Batgirl’.

“‘Batgirl’ was a delight, for several reasons. My small role in ‘Justice League was, at the time, to introduce the character and later go into the future. At the time I didn’t have much to do. In ‘Batgirl’, due to the relationship between Commissioner Gordon and his daughter, there is a much more homemade aspect of Jim Gordon. Yes, we can see some fun, on the street… well, I’ll stop now because I don’t want to make any spoilers. But it was fun the material with Leslie Grace, who plays Batgirl and portrays a different aspect of Jim Gordon, other than as Commissioner Gordon.”