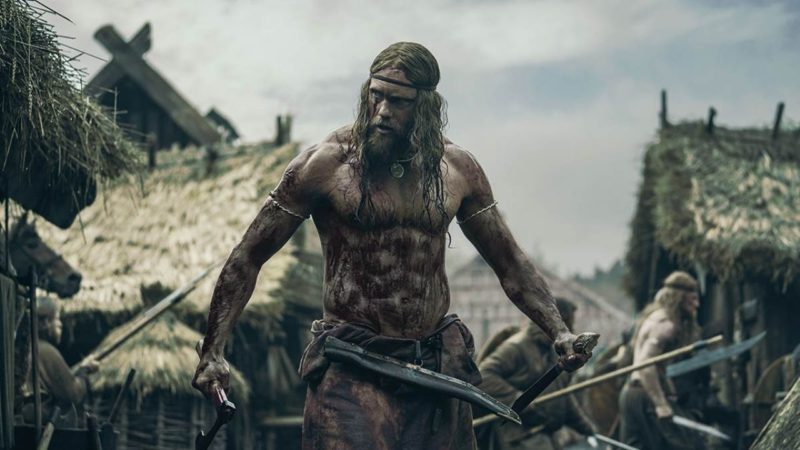 In a few days, the new film by Robert Eggers, The Northman, will hit theaters. This new venture from the man behind The Witch (2015) and The Lighthouse (2019) is a free adaptation based on the Viking legend that inspired William Shakespeare’s Hamlet. As the film will arrive soon, a new trailer was released, which does not skimp on showing the brutality of the story.

The Northman has an important cast to carry its story forward, there we find Alexander Skarsgård as Amleth, a Viking prince seeking revenge for the death of his father, King Horwendil played by Ethan Hawke. Nicole Kidman takes on the role of Queen Gudrún, Amleth’s mother; Willem Dafoe as Heimir the Fool and Anya Taylor-Joy as Olga. Completing the cast are Claes Bang (The Square) as Fjölnir, artist Björk as Seeress, and Hafþór Júlíus Björnsson (The Mountain from GoT) as Thorfinnr.

In addition to directing, Eggers co-wrote the script and did so with Icelandic poet and writer Sigurjón Birgir Sigurðsson, better known as Sjón. Although with this film Eggers ventures into a new genre, he does not leave horror aside, since he adds it perfectly to this epic revenge story.

Read Also  Vito Corleone: which real life character was inspired by the protagonist of The Godfather

The specialized presenter recently had access to The Northman, so the first reviews arrived, which converge in that the story is brutal, savage and ambitious.

Taking into account that the film premieres this week, a new trailer was released and not suitable for minors, which focuses on Amleth’s journey showing all the blood he saw spilled and the one he will spill in search of ending the person he I destroy his life.

The Northman is presented in theaters this April 21 for Latin America and on April 22 for the United States and Spain.

1 thought on “Before its premiere, The Northman launches a brutal and final trailer not suitable for minors”