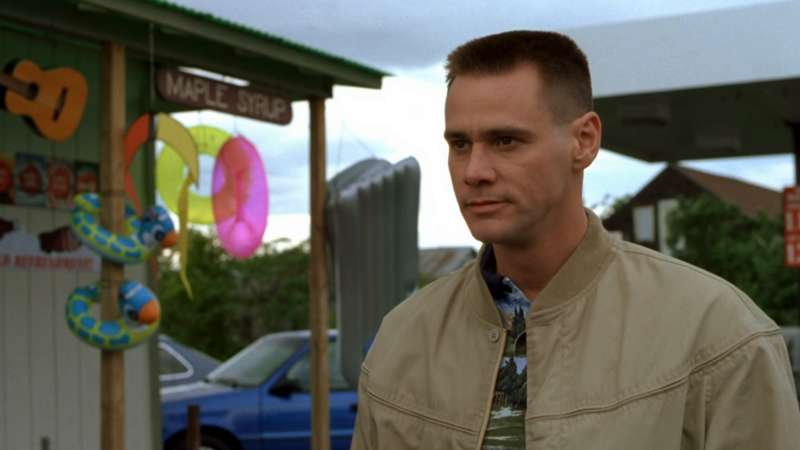 After a hard week, there is simply no better genre of movie to watch than comedy. Kicking back, relaxing, and watching a funny movie is a brilliant ways to spend your free time. Luckily for us, we are spoiled for choice when it comes to comedy movies. The only downside to the amount of choice we are offered is that sometimes we have difficulty deciding what to watch. So that you don’t have to waste your time searching for something to watch, we have gone ahead and done it for you! Today we have compiled a list of some of the best comedy movies. We would no doubt be here forever if we were to name each and every good comedy movie, so we have listed some of our favorites instead. If you decide to watch any of these movies, it’s worth mentioning that there is no better way to enjoy them other than on a large TV screen! It’s almost like being at the cinema, only watching from the comfort of your own home. You can click here for TV wall mounting services. Anyway, let’s jump straight into the list!

Me myself and Irene

Me Myself and Irene is a classic comedy movie that has to be watched by everyone at least once. It’s hard to pinpoint exactly what Jim Carrey’s best performance was due to how many brilliant movies he has made, but this one is definitely up there with the funniest. The story follows a police officer named Charlie, who struggles with a split personality. Charlie developed an alter ego after letting people walk all over him his full life, his alternate personality is the rage and anger that has built up inside him over the years. Charlie is prescribed medication to prevent this side of him from coming out but forgets it when he leaves on a journey to escort Irene Waters to New York. On their long journey, his crazy alter ego seems to come out at the worst times making for some moments that will have you falling out of your chair. Me Myself and Irene Is a brilliant comfort movie and makes for a brilliant watch with friends or family. Jim Carrey’s over-the-top acting to portray Charlie’s alter ego is nothing short of hilarious. This movie is without a doubt one of the best comedy movies to watch now.

When two stereotypical comic book nerds find an alien on the side of the road during a road trip to see Area 51, they soon come to realise that aliens aren’t exactly what they were expecting. If you love the iconic comedy duo Simon Pegg and Nick Frost, then you are sure to have seen this one before. After their freakish run-in with the alien, he introduces himself as paul. It soon becomes apparent that Paul has a sarcastic sense of humour and even drinks and smokes cigarettes. Graeme and Clive agree to help Paul find his way back to his spaceship in his mission to get to his home planet. This film is absolutely hilarious, mostly because of how hilarious the alien is. Paul is voiced by Seth Rogan, which makes things even funnier! This movie is jam-packed with funny moments which definitely make it a movie to remember. If you’re looking for a light-hearted movie that will give you a good laugh, Paul is one of the best comedy movies you could watch.

The hangover has to be one of the best comedy movies of all time. 3 men wake up in a Las Vegas Hotel room with no memory after a bachelor party, and soon realise their friend who is due to be married has gone missing. As time goes on it becomes apparent that they got up to a whole lot more than they anticipated on their night out. As they search around for their missing friend by retracing their steps, they soon realise the chaos they caused the night before that they have no recollection of. As they search for possible clues to find their missing friend, they run into all sorts of trouble stemming from their crazy night in vegas. The most hilarious thing about this film is undoubtedly Zach Galifianakis as “Alan”. It wouldn’t be a stretch to say it’s probably one of the most hilarious performances in cinema, you really can’t imagine the character being played by any other actor.

Read Also  Emily in Paris Season 3: They confirm the first change in the cast of the Netflix drama

We’re The Millers is a ridiculously funny movie about a drug dealer who finds himself in a position where his boss is forcing him to smuggle drugs from Mexico. He sets out to create a fake family in order to make things less suspicious and hires a stripper, a homeless girl, and a teenage neighbor. The chemistry between the 4 actors is what makes We’re the Millers one of the best comedy movies, some of the one-liners are bound to have you dying with laughter. Throughout their risky road trip, they bump into all sorts of crazy characters and soon find themselves forming an unusual bond with each other. This movie is a must-watch, but it’s important to keep in mind that it’s intended for mature audiences.

This Gucci x Adidas Umbrella costs $1,200 and doesn’t protect you from the rain