Best Movies Based On Video Games 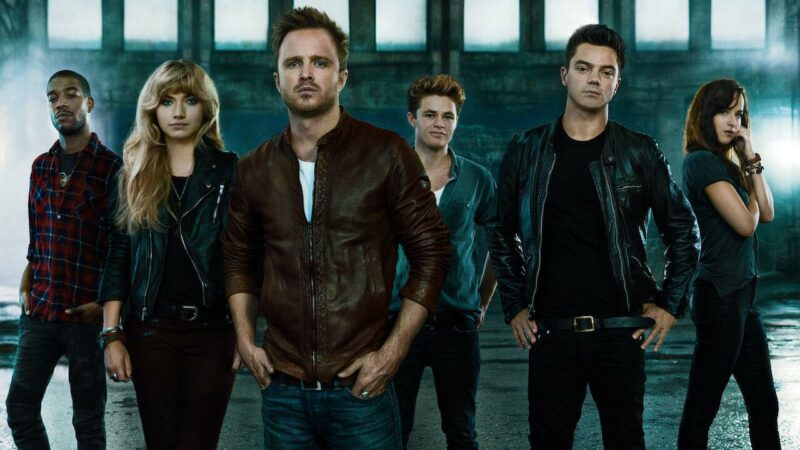 Over the years now, video game movies have become a thing. If you are looking for something to keep yourself, your kid, or your family entertained, video game movies can do just that. This has been made possible by the new generation of filmmakers. They have invested in bringing some of the best movies to life.

Whether you are an epic, thriller, horror, or action movie lover, you can get movies that align with what you love. Some of the best video games movies that we have in existence are as discussed:

Starring Marion Cotillard, Brendan Gleeson, Michael Fassbender, and Jeremy Irons, Assassins Creed is by far one of the best movies to have a better cast and storyline. After its release, this movie was received with open arms, albeit sparking different feelings years later from its fans.

Assassins Creed is said to be a movie that accommodates almost every audience, unlike other films that are just for a specific audience. It is a dystopian science fiction action movie based on a video game with the same name.

After years of ongoing rumors and said release delays, Uncharted is finally here. With Tom Holland, Mark Whalberg, Sophia Taylor, and Tati Gabrielle, Starring, Uncharted is a movie based on the video game Uncharted 4: Thief’s End, which is an action-adventure game.

This movie is said to have intrigued at least 90% of the viewers, who seem to find it an enjoyable film with a perfectly entertaining storyline.

Tomb Raider, also known as Lara Croft, is a fun and enjoyable adventure movie based on the video game Tomb Raider. This one will have you in a chokehold if you are into darker and scary films.

Tomb Raider starring includes Alicia Vikander as Lara Croft, Walton Goggins, Dominic West, and Daniel Wu. It gives us Laura Croft as an independent, courageous yet vulnerable young woman who vanishes years earlier and embarks on a risky journey to puzzle out her father’s enigmatic disappearance.

With its spotlight and simultaneous premiering in theaters and HBO Max, Mortal Kombat stands out as one of the best films with great visuals, the best choice of cast, and excellent fight scenes. Lewis Tan, Josh Lawson, Joe Taslim, and Jessica McNamee are the starring in the movie.

Initially released on 8th June 2016 and starring Travis Fimmel, Dominic Cooper, Paula Patton, and Ben Foster, Warcraft is an American action fantasy movie based on a game of the same name.

Warcraft is considered one of the best-performing video game adaptations. Based on the film, several human survivors join hands with a dissenting Orcs group mainly to stop an Orc Horde from invading their planet. If you are a fan of Science Fiction and Fantasy adventure films, make sure to check out this movie.

Need For Speed is a film adaptation of an all-time one of the gamers’ favorite racing video game franchises. The movie’s starring includes Aaron Paul, Imogen Poots, Dominic Cooper, and Scott Mescudi.

Based on the movie’s storyline, a car racer gets framed by a wealthy business associate in a murder case rival, where, upon release, the racer draws up a revenge comeback.

With star performances from Olga Kurylenko and Timothy Olyphant, Hitman is an entertaining video game movie that tells the story of a good man who dedicates himself to trounce what’s evil and protecting innocent souls. This movie is based on a video game franchise of the same name. It is enjoyable to watch.

Even though it is a TV show, The Witcher is worth sitting on the couch with your popcorns and putting your controller down. Its starring includes Henry Cavil, Freya Allan, Anya Chalotra, and Joey Batey. Henry Cavil, in the character of Geralt of Rivia, is a mutated monster hunter who finds it hard to find his place in a world where people are more wicked than they are beasts.

The list outlined above gives you a gist of the best video game movies you can check out and enjoy watching. They are all based on different existing video games.

Save Money Shopping Online by Taking These Steps Before Buying