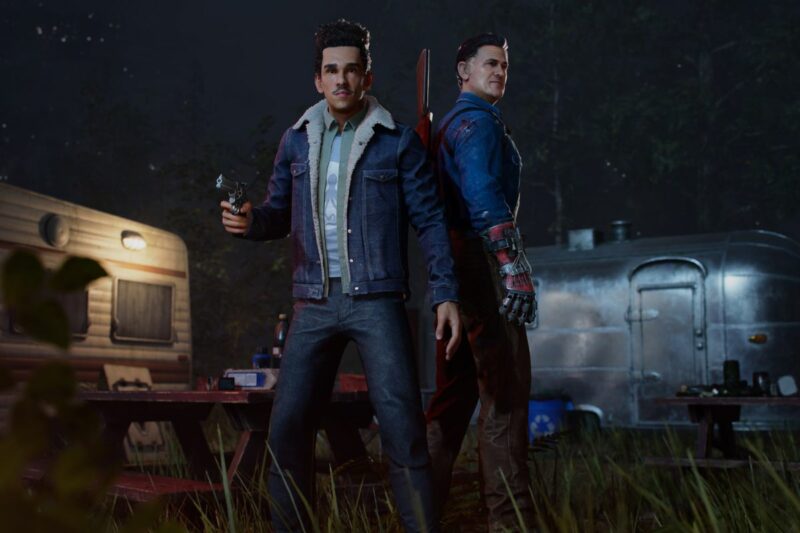 We definitely aren’t falling short of upcoming video games to look forward to! Sadly, we will be waiting on some of these new releases longer than others. Not to worry though, games nowadays require insane amounts of work and effort to keep up with today’s standards. You really have to give it to the developers for upping their game every time they release something new. No matter what genre is your favorite you’ll without a doubt have something to look forward to, there’s something for everybody. Some of these games were announced years ago and we are still waiting patiently for them! It’s good to remember that there’s nothing quite like immersing yourself in these awesome video games with a large screen TV, click here for TV wall mounting facilities. If you aren’t sure what games you can look forward to in the future, luckily for you we have compiled a list of some of the best upcoming video games! We hope that you enjoy it!

Set after the death of Batman, Gotham knights is an up-and-coming RPG game created by DC which is without a doubt one of the best upcoming video games to look forward to. It’s going to include some fan-favorite DC superheroes which have had fans as excited as ever. Developers have claimed that the game is “the most dynamic and interactive Gotham city yet”. We have already seen an open-world Gotham city in Batman Arkham Knight, but we are expecting a whole lot more from this new release. You can play a wide variety of characters such as Robin, Red Hood, Batgirl, and Nightwing. Each of these characters has its own special abilities to suit the playstyle of specific players. These 4 characters are given the responsibility of keeping Gotham safe after crime rates shoot up following the death of batman. The game will release on Xbox, PC, and Play-Station in October 2022. Not long now DC fans!

Zelda: Breath of The Wild 2

If you’re into video games, you’ve most likely heard of Zelda: breath of the wild and how praised it has been by fans and critics alike. Everyone had fallen in love with this game from the second it was released on Nintendo switch in 2017. Luckily for all of us, it’s been confirmed that we can expect a sequel to the game in 2023! By no surprise, this is another open-world game. Open world games seem to be the most popular kind of games at the moment, but we definitely aren’t complaining! Sadly, this is a Nintendo game so it’s only going to be released on the switch. Although, when you look at the grand scale of things buying a switch might be worth your while with the number of fantastic games being released on it recently! We aren’t totally sure what to expect from this game, but if it’s anything like the first installment of the series then we are definitely in for a treat. This one is unquestionably one of the best upcoming video games that we can look forward to in 2023.

Read Also  Loki: What Is The Meaning Behind Its Logo?

You’ve probably heard of the harry potter movies before, if not you’ve probably been living under a rock. For years, fans of the movies have been asking time and time again for a new Harry Potter video game to play on the new-gen consoles. In 2020 we were ecstatic when Hogwarts Legacy was finally announced. If the game is what the developers say it is, it’s basically lived up to everything we hoped for. The cool thing is that you don’t actually play as Harry Potter, you play as your own customized character in a visually stunning RPG. When you start the game, you’ll be dropped into the wizarding world with your brand-new created character and become a Hogwarts student! As you progress through the game, you’ll learn new spells and such in different classes and take on different challenges that we have never seen before in a harry potter game before, which isn’t much of a surprise considering most past harry potter games were released on the PlayStation 2. This is sure to be one of the best upcoming video games to look forward to in 2022, it’s definitely near the top of our list.

Read Also  They filter an unexpected return to Marvel Studios

You’ve probably heard of the Evil Dead movie franchise before. The movies were directed by Sam Ramie, and the game is being developed by Saber Interactive! Saber Interactive has brought us games such as “World War Z” and “NBA Playground”. If this game is going to be as entertaining as the movies, then we are all for it! We may not know a lot about the game, but it’s said to be the ultimate multiplayer experience. If Evil Dead- The game meets expectations, then we are in for a treat!