Better Call Saul Season 6: This is how AMC confirmed the return of Bryan Cranston and Aaron Paul 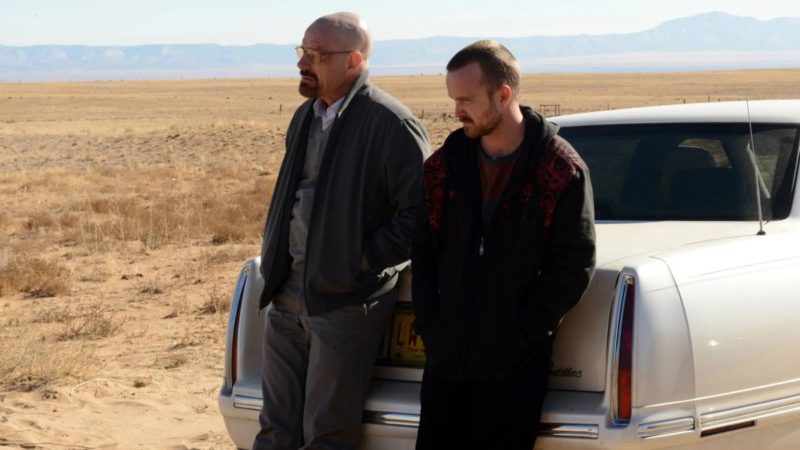 Better Call Saul is just a week away from hitting fans’ screens again. Season 6, the last of the crime drama that follows the life of Jimmy McGill and his transformation into criminal lawyer Saul Goodman and later Gene Takovic, will air on Monday, April 18 with a first wave of episodes, which promise to be the most explosive, as previously stated by its main character Bob Odenkirk.

The other good news about the series that narrates the events that preceded Breaking Bad, is that the most anticipated arrival by fans of the universe created by Vince Gilligan, will finally be happening after so many rumors. Broadcast network AMC confirmed Saturday night via the official Better Call Saul Instagram account that Bryan Cranston and Aaron Paul are back.

Walter White and Jesse Pinkman, Cranston and Paul’s characters in all five riveting and violent seasons of Breaking Bad, will return with a cameo in Better Call Saul Season 6. A piece of news that no doubt keeps loyal fans of both crime dramas excited.

Read Also  Law & Order SVU: Season 24 of the drama is the last of the deal between Dick Wolf and NBC

Bryan Cranston and Aaron Paul will guest star on the final season of Better Call Saul as Walter and Jesse, series co-creator Peter Gould confirmed during PaleyFest in Los Angeles on Saturday, April 9. However, what he did not explain was when and how the two main characters of Breaking Bad will appear.

“I don’t want to spoil things for the audience, but I will say that the first question we had when we started the show was, ‘Are we going to see Walt and Jesse on the show?’ Say yes. How or the circumstances or whatever, you’ll have to find out for yourself, but I have to say it’s one of the many things I think you’ll find out this season.”

Likewise, Bob Odenkirk, who was also present at the panel last Saturday, stated that there will be much more in season 6 of Better Call Saul, which will debut with two episodes next Monday through the AMC network and on the streaming platform. AMC +. Then, fans will have to wait until July 11 when the second wave of episodes from the final installment hit their screens to bring closure to this part of the Saul Goodman story.

“If you can believe it, there is more.”

The AMC series has been building up to the beginning of Breaking Bad all this time, documenting Odenkirk’s transformation from Jimmy McGill to the criminal lawyer that viewers met on Breaking Bad. At the season 6 world premiere on Thursday, April 7 on the red carpet in Los Angeles, Odenkirk, Gould and co-creator Vince Gilligan discussed the prequel series’ connection to the original show.

“I personally feel like the two shows, Breaking Bad and Better Call Saul, are more intertwined than ever in the final season,” Odenkirk told Variety. “And I think that’s amazing and cool, and it’s going to make you want to watch Breaking Bad again.”

“These two worlds intersect in a way you haven’t seen before, that’s for sure,” Gould teased about the final season.

“It would be a shame if the program ended without [Cranston y Paul] appeared, didn’t they? Gilligan added.