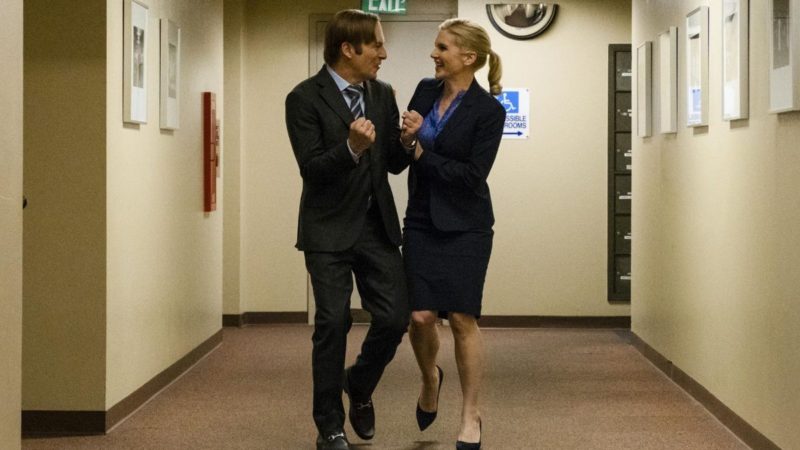 Better Call Saul has been full of crossovers with Breaking Bad, like returning characters like Mike Ehrmantraut and Gus Fring. Each season also begins with the continuation of Saul’s post-Breaking Bad storyline, with the character in hiding as the manager of a Cinnabon named Gene. With the series getting closer to the beginning of Breaking Bad, season 6 is expected to have a lot more connections.

AMC officially announced that Bryan Cranston and Aaron Paul will reprise their roles as Walter White and Jesse Pinkman, which answered one of the biggest questions fans had about the upcoming season.

As Season 6 fast approaches, Rhea Seehorn weighed in in an interview to tease the upcoming season and how it connects to Breaking Bad. The actress explains that the season will not only connect by seeing familiar faces, like Walt and Jesse, but will have a “Rashomon effect” on specific Breaking Bad storylines.

“I would say it’s not just specific to faces and places. It’s also Breaking Bad stories, and understanding the peripheral parts of some of them, and some of the Rashomon effect of what was happening and when.”

The Rashomon effect is essentially when the same events are seen from a different person’s point of view, meaning that Better Call Saul may have finally caught up with Breaking Bad. However, before the show catches up, several Better Call Saul storylines need to be resolved, the biggest one being whether or not Kim survives.

Better Call Saul is experiencing a new wave of popularity now that the first episodes of season 6 arrive on AMC on April 18 and begin to connect more and more with Breaking Bad. Viewers may very well start watching (or re-watching) the original series.

Better Call Saul has become more than just a Breaking Bad spin-off, but for obvious reasons, Walter and Jesse connections are always anticipated. Based on Seehorn’s comments, it might be worth waiting until Better Call Saul season 6 airs to see how it casts a different light on the Breaking Bad storylines.

The unexpected detail that unites the trilogy of The Lord of the Rings with Top Gun: Maverick