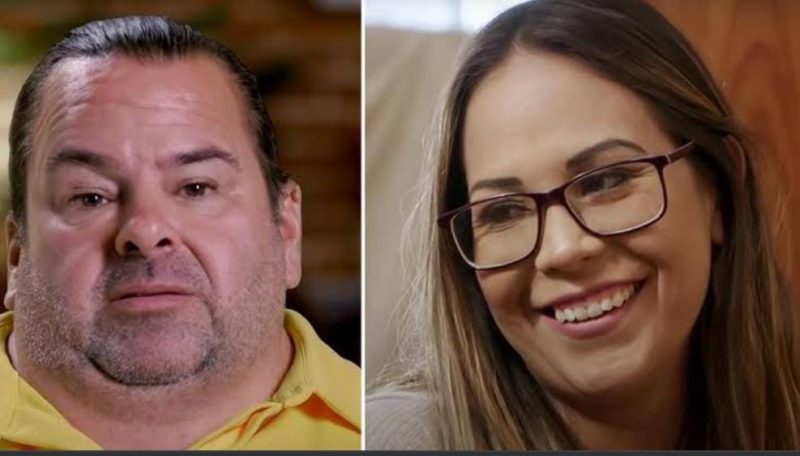 Fans of 90 Day Fiance were shocked to learn earlier this month that Ed Brown had proposed to Liz Woods. It’s never easy to watch predators living their best life or to witness others make bad decisions. But that doesn’t mean fans and reviewers alike haven’t been curious. When did this occur? What on earth was she thinking?

According to Us Weekly, Big Ed Brown proposed to Liz Woods on August 28. They had split up the previous time fans had heard from them, and she had exposed his cruelty and emotional abuse. Liz said yes for reasons that appear to be only known to her. The couple was pictured together earlier this month at a nightclub in Santa Barbara. Following that sighting, TMZ reported that the two of them were announcing their engagement to the public. In truth, Big Ed was introducing Liz as his “beautiful fiancee” to everyone.

While Liz’s beauty is undeniably stunning, it is the one aspect of this that isn’t raising suspicions. After all, we all witnessed their utter shambles on Season 1 of 90 Day: The Single Life. Worse, we witnessed the aftermath of their catastrophic relationship on social media. Big Ed was initially introduced to viewers on 90 Day Fiance: Before The 90 Days in early 2020. He was in a long-distance romance with Rosemarie Vega at the time. She was half his age, a single mother, and lived in abject poverty.

He was concerned about getting back into a relationship and was self-conscious about his disabilities. Ed was also deceiving Rose in several ways. First, he lied about his height to her. Surprisingly, a large number of males do this (stop, it always makes you look silly). We can only imagine what the lift is like when your impairment affects your height, so viewers may be able to overlook that one. Ed’s sad admission that he doesn’t “believe in love” was also something he and Rose might have worked through.

However, people were horrified as he was nasty to Rose. He made fun of her body hair and wrongly accused her of bad dental care. He also questioned her about her sexual past and asked that she undergo an STI test, but he refused to do so himself. Despite this, Ed and Rosemarie remained together and attempted to make their relationship work. All of that changed when he told Rose the lie he had been telling her for months. He had no desire to have any more children and intended to have a vasectomy.

It’s acceptable not to desire any more children, and having a vasectomy is a sensible decision. It’s especially logical given that Ed’s daughter, Tiffany, was several years Rose’s senior. But he lied to Rose about it when he knew she wanted more children all along, and he dragged her along and squandered her time. On 90 Day: The Single Life, Big Ed moved on to his next victim. Liz, a lovely single mom in her late twenties who worked at a restaurant favored by Ed, was his target this time.

Viewers have asked whether Ed intentionally targets single moms or if it’s just a coincidence. Liz had no idea Ed would ask her out, but he did… and she said yes. As they began dating, cameras followed them. We even witnessed their terrible first kiss, which occurred when Ed went in for one and Liz was not yet present. Liz did eventually reach “there.” She was apparently the one who made the initial move when they first had sex. It was a typical fanfic trope: the hotel had reserved them a room with only one bed.

Intimacy was not a difficulty for them. Instead, their issue was how Ed handled Liz in so many ways. From pushing her bounds on camera to being harsh off-camera, he revealed his true self to her. Liz was invited to live with Big Ed. But if they got into a quarrel, he’d insist she leave. That’s not just a mess; it’s also meddling with someone’s housing status. It’s poisonous. Liz also revealed a scathing voicemail left for her by Ed.

Read Also  Without fear! This is how Bella Thorne responded to the leak of her photos in OnlyFans

On camera, Big Ed can like being regarded as cuddly or loveable. Whenever he is confronted with accusations of maltreatment of women, he merely makes self-deprecating remarks in the hopes that others will laugh it off. He’s an adult in his fifties. It’s not a mistake if you keep doing the wrong thing at that point; it’s who you’ve chosen to be.

We wish we could understand why Liz would rekindle her relationship with Ed. We might understand if she wanted to make Cameo money or if she enjoyed being on camera. We are confident that he has committed to be a better person. Will he, however? That’s difficult to believe. Then we ending our article here and see you in the next article until that take care!

Does Josh Duggar Still Have a Chance in Court After His Latest Legal Setback?