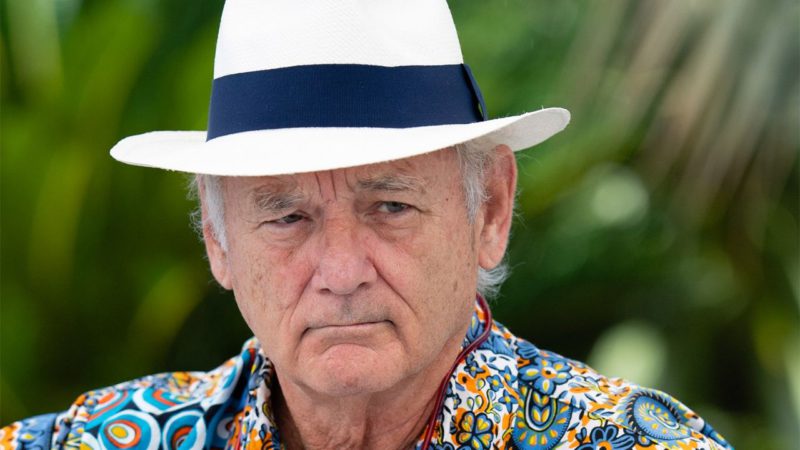 Bad news for Bill Murray and his new movie Being Mortal. In recent times it was known that the film directed and starring Aziz Ansari, along with Seth Rogen and Murray, has had to stop production. However, the reasons are not good.

Ansari is making his directorial debut with Being Mortal, which is based on the non-fiction book Being Mortal: Medicine and What Matters in the End by Atul Gawande.

The film is written and produced by Ansari and dives deep into the topic of palliative care and end of life. The production of the film began on March 28 and was in the middle of principal photography, when it was abruptly stopped due to complaints on the film set.

According to the site Deadline, Bill Murray is under investigation for a complaint made against him for inappropriate behavior, which forced the filming to be suspended immediately. The complaint took place last week, although at the moment no specific details of it have emerged.

It should be noted that this is not the first time that Murray has faced this type of problem. In the past, the actor has had problems with his colleagues and has earned a reputation for being a difficult person to work with. Many stories have been reported, including cases like Scarlett Johansson, who allegedly did not have a good relationship with Murray during the filming of Lost in Tokyo (Lost in Translation) by Sofia Coppola. For her part, actress Lucy Liu spoke of Murray’s mistreatment of her during the filming of Charlie’s Angels. There were also reports that the actor has made threats and even committed physical abuse on the sets.

Murray and his history of bad behavior

With the investigation ongoing, we will have to wait and see if any new details of the complaint emerge, and whether or not Murray is guilty. It is also not clear what the actions to be followed by the production, taking into account that the filming was halfway through. Being Mortal has its release date scheduled for 2023, although this problem could put the premiere of the tape in check.

Recently there have been several productions that have been affected due to complaints of abuse or misbehavior by their protagonists. The most recent was the veteran actor Frank Langella who was left out of the new Netflix production, The fall of the House of Usher, after the actor was accused of sexual harassment.