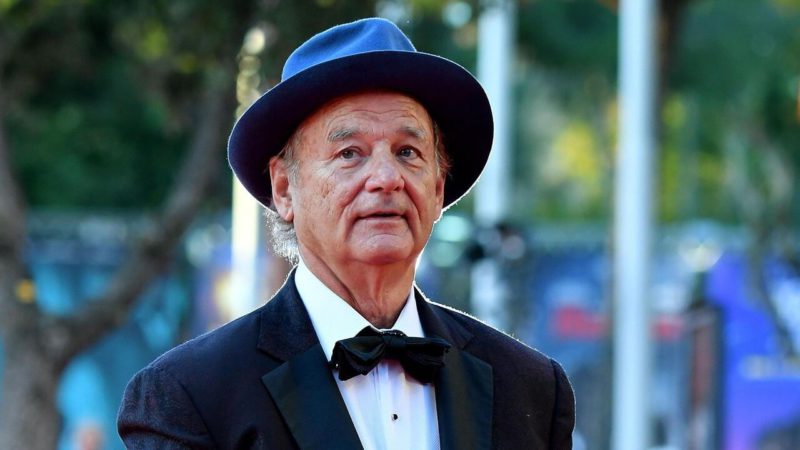 Weeks ago it became known that Bill Murray’s new film had been put on hold due to an investigation into the actor’s misbehavior. The film in question is Being Mortal, the film directed by Aziz Ansari.

Murray was reportedly under investigation for misconduct stemming from a complaint made weeks ago. While the investigation continues, the actor broke the silence around the situation.

During an interview with CNBC Television, Murray referred to the incident but did not go into detail about what happened. The actor explained what the course of the investigation is and the fact could be resolved.

“I had a difference of opinion with a woman I am working with. I did something that I thought was funny and it wasn’t taken that way,” Murray said. “The movie studio wanted to do the right thing, so they wanted to check everything and investigate it, so they stopped production,” the actor explained.

He also assured that since the event occurred, he has been in contact with the woman, whose identity has not been disclosed, in the hope that both can continue working together.

“As of right now we are talking and we are trying to make peace with each other,” Murray continued. “We are both professionals. We like each other’s work, we like each other, I think. If we can’t get along and trust each other, there’s no point in continuing to work together or make a movie.”

Murray also confirmed that he has not been in communication with Searchlight Pictures. On April 20, the studio sent a letter to the cast and crew of Being Mortal, informing them that filming on the film was suspended due to the filing of a specific complaint.

At this time, the exact nature of the allegations against Murray remains unconfirmed. It is also unclear when the shooting of the film will resume and if Murray will continue to be part of it.

Being Mortal is the directorial debut of Aziz Ansari, who also stars in the film alongside Seth Rogen and Murray. The film is an adaptation of the non-fiction book Being Mortal: Medicine and What Matters in the End, written by Atul Gawande.