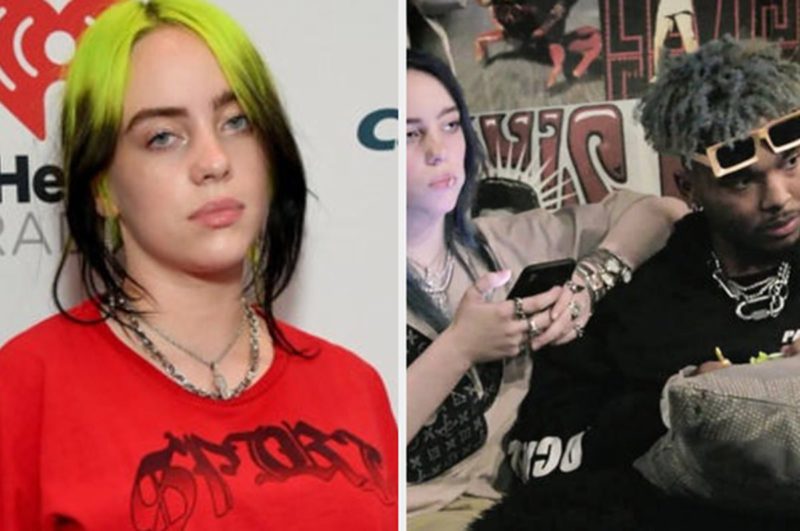 Billie Eilish likes to keep her private life to herself. Now her ex Brandon Quintin comments on the separation of the two. You can find out what he says here!

Billie Eilish: That’s what she says about the ex-relationship

In Billie Eilish’s documentary “The World’s a Little Blurry”, the singer allows unusual insights into her private life. One of the points: The relationship with her ex-boyfriend Brandon Quintin, whom she simply calls “Q”. Regarding the separation, she says: “ I was not happy. I didn’t want the same things that he wanted. You don’t have enough love in you to love yourself, so you can’t love me. “ Crazy words! A little later, she confesses that she is still in love with him. She seems to have gotten over that now, as Billie was recently spotted with a new boy.

Billie Eilish: This is what ex Brandon Quintin says

After Billie Eilish talked so openly about the relationship with ex Brandon Quintin, Q now also speaks out. In his Instagram story, he makes it clear that Billie’s documentary doesn’t show everything. “ There are two sides to a situation, ” he writes. “Some people don’t realize that I had to deal with my brother’s death. Especially when it was fresh. Sometimes people have different opinions and don’t want the same thing as the other person. […] I keep a smile on my face even if it hurts. We go with the pain. But I don’t want to be talked about badly. “He’s probably alluding to Billie Eilish’s fans who insulted him after the documentary. Sometimes it is important – as we can see here – to hear both sides! Both Billie and Q had good reasons to end the relationship.